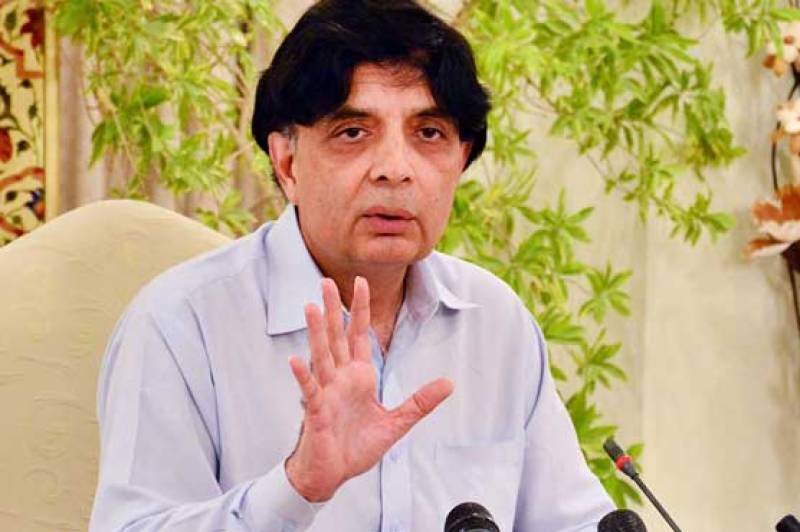 While addressing a press conference, Nisar said the government had decided to introduce online application system for visas to foreigners so that records could be maintained in a central database. He also maintained that interior ministry was thoroughly checking and verifying every visa application before granting anyone admission to the country, including diplomats.

Speaking about blasphemous contents on social media, Nisar said Facebook administration had assured Pakistan for provision of needful assistance in this regard and 42 websites had been blocked.

“Pakistan wrote letters to Arab League, OIC and other concerned organizations to raise voice against such acts and to adopt a joint strategy to prevent it,” Nisar said.