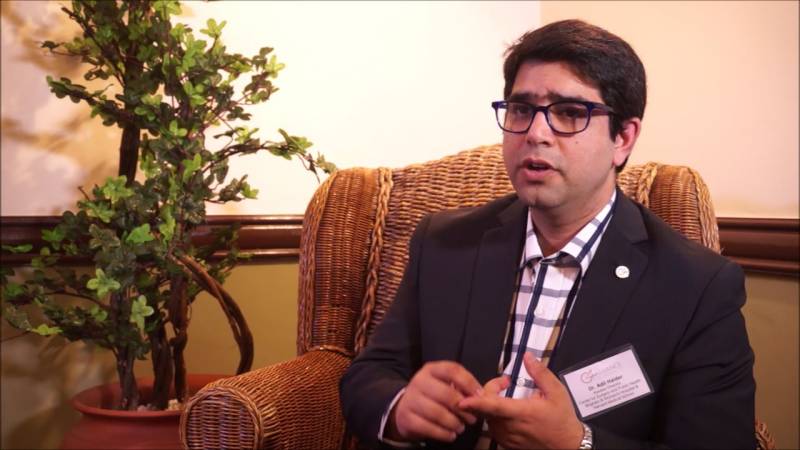 The Ellis Island Medal of Honour is "presented annually to American citizens who have distinguished themselves within their own ethnic groups while exemplifying the values of the American way of life". Past medallists include seven US presidents, several world leaders and two Nobel Prize winners.

Dr Adil Haider ─ a second generation American ─ was born in Zanesville, Ohio in 1973 to Pakistani parents who had moved to the US in 1960s.

However, the family returned to Pakistan in the early 1980s as Haider's parents wanted to "give back" to the country.

Haider completed his early education in Karachi and went on to attend the Aga Khan University (AKU) to become a medical doctor in 1998.

He moved to the US the following year to pursue a master's degree in public health at Johns Hopkins University in Baltimore Maryland, following which he applied for a residency and started a journey that has seen him become one of the best acute trauma surgeons in his field.

In a Facebook post on Monday, the award-winning scientist and doctor said he was "humbled" to receive the honour as he believed there were "many others who deserved" it more than him.