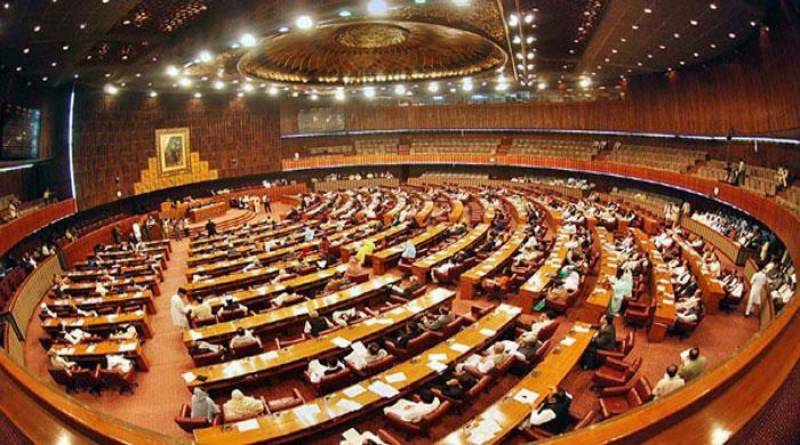 Islamabad (Staff Report): The Senate will meet today (Tuesday) to vote on the 28th Amendment Bill 2017 regarding to the restoration of military courts for another two years.

According to details, the bill was moved on March 10 by Law Minister Zahid Hamid that seeks implementation of the law of evidence during the proceedings. It also asks for suspects to be brought to court within 24 hours and be entitled to have a lawyer of their choice.

The minister said while speaking about the session to be held at 3 PM today, "The bill will be approved in today's session. We have contacted all political parties for the number of votes required to pass the bill."

He further stated that this amendment would have been approved six days earlier had all members of different parties taken the matter seriously.

Earlier on March 10, the Senate passed the Pakistan Army (Amendment) Bill 2017 but postponed voting on the 28th Amendment Bill 2017 to March 28.

Four additions have been made in the previously passed Pakistan Army Act 2015.

Jamiat Ulama-e-Islam (F) (JUI-F)’s Maulana Attaur Rehman opposed the bill, saying that terrorism should not be linked with any religion, group or sect. Majority of the Senate rejected his objection.

The 28th Amendment has already been passed by the National Assembly when 255 NA members voted in favour while only four voted against the bill on March 21.