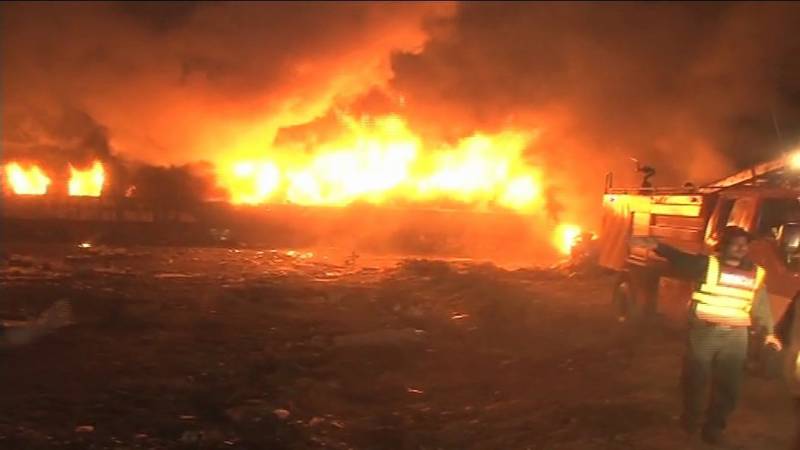 Sheikhupura (Staff Report): Karachi-bound Shalimar Express caught fire after it rammed into an oil tanker near Sheikhupur, leaving driver and assistant driver of the train dead.

The officials and rescue sources said, the engine and six bogies of passenger train collided with oil tanker as a result two killed and thirteen others sustained injuries in the incident and were shifted to DHQ hospital.

The victims, driver and assistant driver of the train, have been identified as Abdul Latif and Abdul Hameed respectively.

Sources said that when the train collided the tanker it was stuck at the railway station due a breakdown, massive fire broke out after the collision that engulfed the locomotive and six bogies.

According to details, passengers jumped out of the burning bogies and they departed remaining nine bogies from the burning compartments on self-help basis.

After more than two hours four fire brigade vehicles doused the fire. Emergency was declared in the Sheikhupura hospitals.

While talking to media, Railways Minister Khawaja Saad Rafique said that the tanker suffered a breakdown and was stuck at the crossing, adding that the railway crossing was manned and staff was there.

He said compensation to the affectees would be offered under the policy. A new system to operate railway crossings would be in place in a month or two.

The police has been arrested the driver of the oil tanker and is being interrogated.