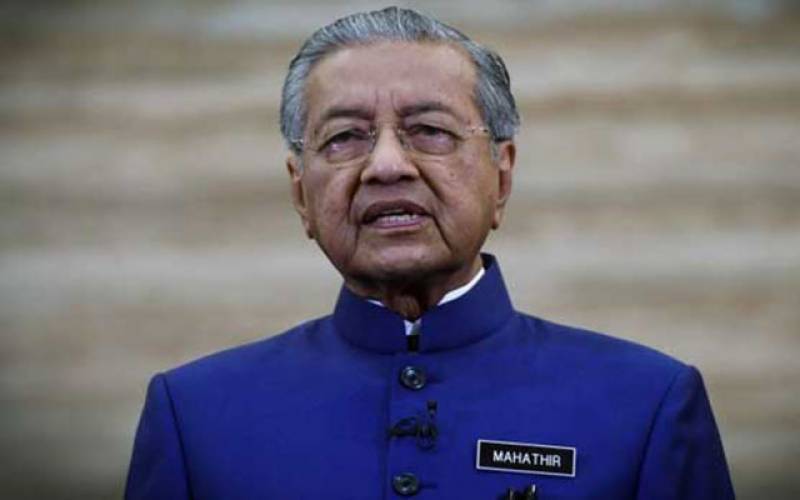 In an interview with a Malaysian television channel, Mahathir said Pakistan Army is very strong and the rivals will get the bloody nose if they fight against them.

He said Pakistan’s missiles can carry nuclear warheads and the rivals will think twice before attacking it.

Last Saturday, Mahathir left for his country after concluding his three-day visit to Pakistan.

Before departure, the Malaysian Prime Minister was briefed about the specifications of JF-17 Thunder. Dr Mahathir Mohamad also inspected the aircraft, which has indigenously been manufactured by Pakistan with the collaboration of China.

Earlier the day, the Malaysian premier attended Pakistan Day parade at Parade Ground near Islamabad’s Shakarparian hills as the guest of honour.

During his stay, the Malaysian premier held meetings with Pakistan’s top civil and military leadership and signed multiple MoUs.

A day earlier, Mahathir Muhammad was conferred the highest civil award Nishan-e-Pakistan at an impressive investiture ceremony held at the President House in Islamabad.