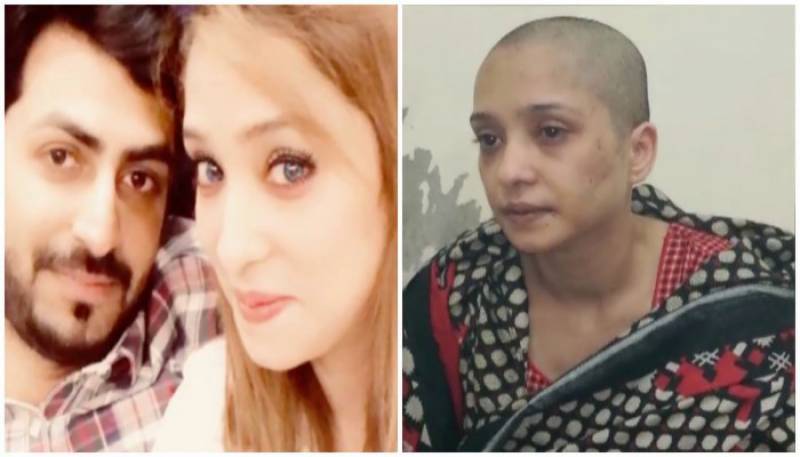 Lahore (Staff Report): A local court on Thursday handed over two suspects, including the husband of a woman who was allegedly tortured and had her head shaved after she refused to dance in front of his friends, to police on a four-day physical remand.

A man allegedly tortured his wife and shaved her head after she refused to dance in front of his friends.

In a video, woman identified as Asma Aziz, claimed that her husband Mian Faisal and his friends beat her with pipes, shaved her head, and threatened to strangle her when she refused to dance in front of them.

Asma said that somehow she managed to escape from the house and reached the police station. She alleged that police refused to lodge her complaint and demanded money to register a case.