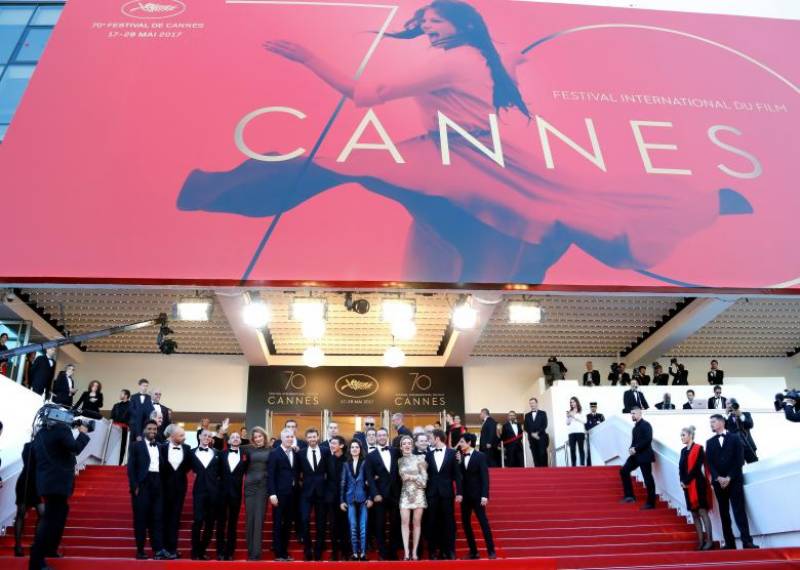 Paris (Reuters): The winner of the Cannes Film Festival will be announced on Sunday, with a French movie about AIDS campaigners and two dark Russian dramas among the hottest tips.

Spanish filmmaker Pedro Almodovar heads a jury that includes Hollywood stars Will Smith and Jessica Chastain and has spent the past fortnight watching an eclectic mix of 19 movies from around the world vying for the Palme d'Or.

"The safe-ish money is on Frenchman Robin Campillo’s heart-rending AIDS activist drama 'BPM (Beats Per Minute)', which has the liberal politics and warm emotional pull that could unite an otherwise split jury," wrote Variety.

Two Russian films that do not show their country in a very flattering light have impressed critics: "Loveless", the story of a couple on the point of divorce when their 12-year-old son goes missing, and "A Gentle Creature", about a woman's nightmarish journey to her husband's Siberian prison.

The festival has been marked by controversy over the inclusion of two movies from video streaming company Netflix. The movies will not gain wide theatrical distribution and therefore seem unlikely to win after Almodovar opened the festival by saying the prize should not go a movie not shown on the big screen.

That would count out two films that might otherwise be strong contenders: "Okja", the story of a little girl's relationship to an intelligent giant pig, starring Tilda Swinton and Jake Gyllenhaal, and star-studded New York family drama "The Meyerowitz Stories".

"The Killing of a Sacred Deer", a bizarre, nightmarish film starring Colin Farrell and Nicole Kidman, is considered to be in with a chance, as is "You Were Never Really Here", by one of only three women directors in Cannes, Lynne Ramsay, and starring Joaquin Phoenix as a hired killer whose weapon of choice is a hammer.

Sofia Coppola also has a shot with "The Beguiled", in which Kidman dominates the screen as head of a school for gentile young ladies in the American Civil War and whose life is turned upside down by the arrival of an injured Yankee soldier.

The winner and other awards will be announced at a ceremony after 1700 GMT.