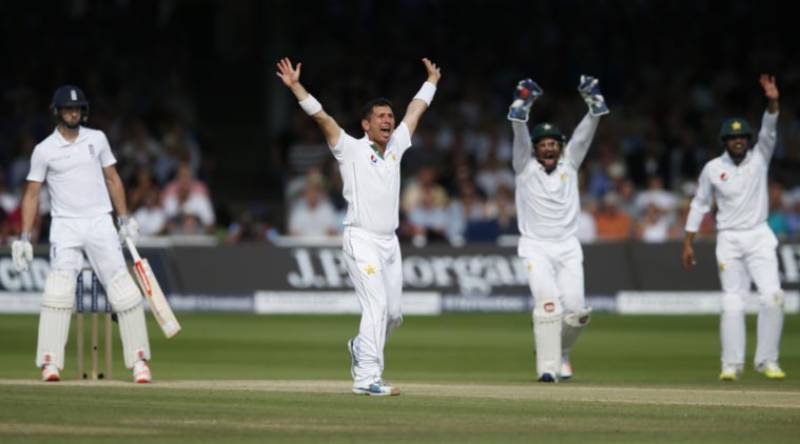 London (Web Desk): Brilliant Pakistan defeated England to a miserable nine-wicket loss, on the fourth day of the first Test at Lord's.

According to details provided by BBC, optimism provided by Jos Buttler and Dom Bess on the third evening was dashed by the eighth delivery of the day, when Buttler was trapped lbw by Mohammad Abbas for 67.

That began a collapse of four wickets for six runs, leaving England 242 all out and Pakistan chasing only 64 to win.

Although James Anderson bowled Azhar Ali in the third over, Haris Sohail and Imam-ul-Haq shared an unbroken stand of 54 that sealed victory 90 minutes into the day.

Following a winter when they did not win in seven Tests in Australia and New Zealand, this is an awful result for England, who spoke before this match of returning to winning ways and developing skills that will make them more competitive in foreign conditions.

Instead, have lost the first Test of a home summer for the first time in 23 years.

For Pakistan, this is a wonderful result, their thorough preparation leading to superiority over the hosts in all aspects of the game.

They will have the opportunity to seal their first series win in England since 1996 when the second and final Test begins at Headingley on Friday.

England had hoped to move on from a wretched winter with a slightly new look. Joe Root and Jonny Bairstow were promoted in the batting order, Buttler was recalled and off-spinner Bess handed a debut in place of the injured Jack Leach.

However, for the all of the optimism, acceptance of past failings and talk of improvement, England were behind in this game on the first day, when they were bowled out for 184 after opting to bat in helpful bowling conditions.