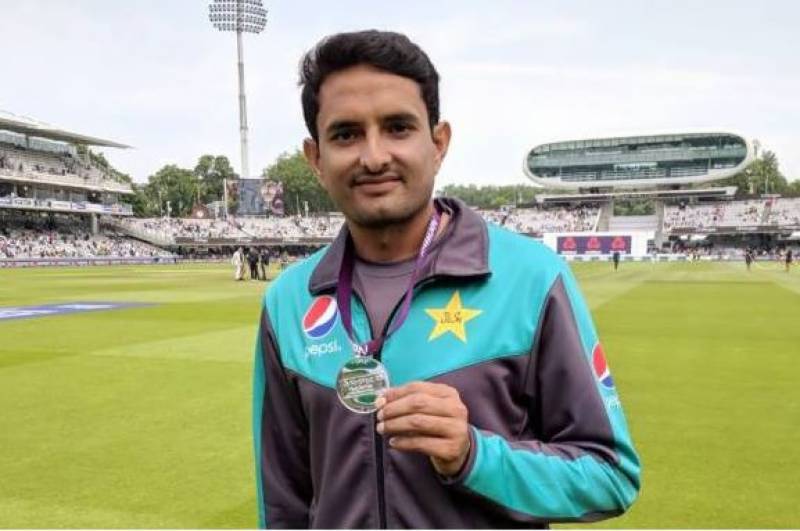 London (     Web Desk): Pakistan beat England by the commanding margin of nine wickets to win the first Test at Lord’s on Sunday. In the victory against England Mohammad Abbas performed his best and became ‘man of the match.

Mohammad Abbas has also become the first to win the title of the best Asian bowler in the history of Lord’s tests. During two innings total eight players were out after Mohammad Abbas’ bowling.

He has become the best fast bowler of Asia and his historic victory is not only proud for Pakistan but also the best game of his life.

Wickets for Mohammad Abbas, at an average of eight runs per wicket, over both innings of the Test (4 for 23 and 4 for 41). Among Pakistan bowlers who have bowled at least 10 overs in a Lord's Test, only Mudassar Nazar has a better average: he took 6 for 38 (average 6.33) here in 1982.