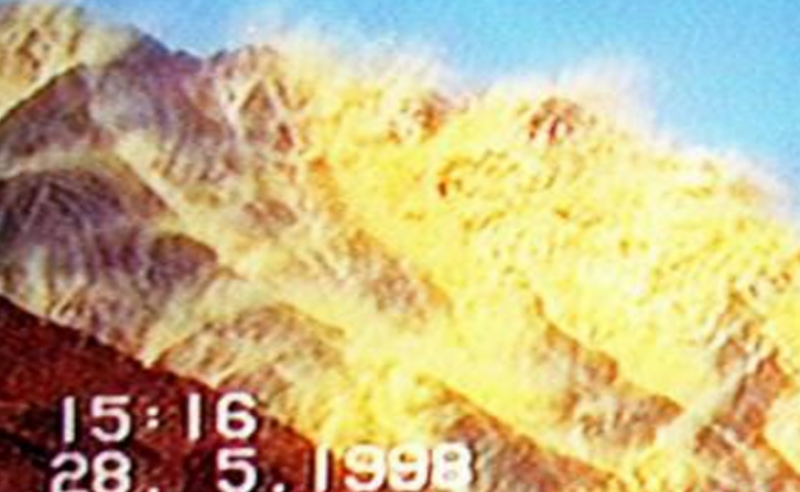 Islamabad (Web Desk): Youm-e-Takbeer is being observed across the country today (Thursday) with great zeal and fervour to mark the 22nd anniversary of Pakistan’s successful nuclear tests.

In a r message on Twitter, Director General Inter-Services Public Relations (ISPR) Major General Babar Iftikhar said that Pakistan restored the balance of power in the region on May 28, 1998.

On 28 May 1998 Pak successfully established credible min nuclear deterrence & restored balance of power in the region. AFs salute all those involved from conceptualisation to actualisation especially scientists & engineers who made this possible. Long Live Pakistan. #YoumeTakbeer

On behalf of the Armed Forces, the army's spokesman saluted all those involved in the process, including scientists and engineers.

Meanwhile, Information Minister Shibli Faraz, in a tweet in connection with Youm-e-Takbeer, said that Pakistan's nuclear arsenals are guarantor of the safety and security of the country and its people.

He said it was on this day that the country got the distinction of becoming the first nuclear power of the Islamic world.

Shibli Faraz said the national dignity and security is supreme for us and the nation is united for the defense and development of the country.

The Information Minister said there are efforts and hard work of a generation behind making Pakistan a nuclear state. He said that Pakistan Muslim League-Nawaz (PML-N) leader Maryam Nawaz should not link it with her family.