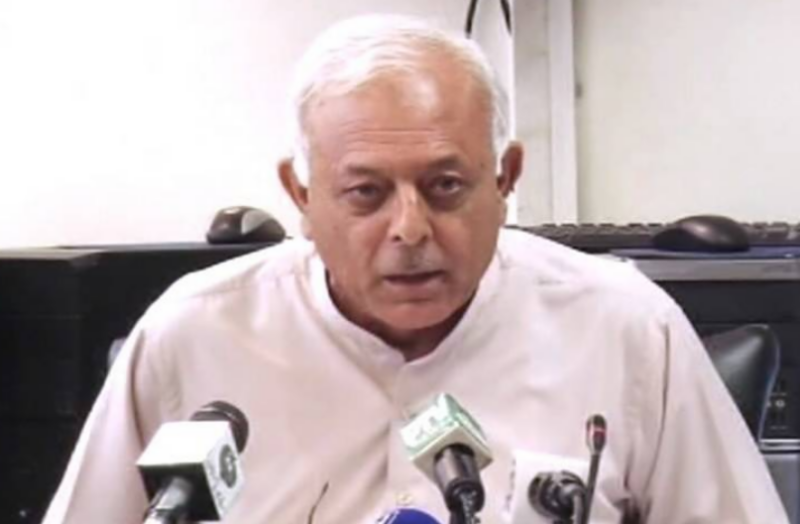 Islamabad (Web Desk): Aviation Minister Ghulam Sarwar Khan on Thursday said that the provisional investigation report of the Pakistan International Airlines (PIA) plane, which crashed in Karachi on May 22, will be made public during the upcoming parliamentary session on June 22.

Addressing a news conference in Islamabad, he said investigation process will be free, fair and transparent and without any influence. He said the report will not give reprieve to any person responsible for the incident.

"There must be no confusion in anyone's minds that there will be an attempt to save anyone or implicate anyone deliberately," he promised.

He assured the family of the deceased pilot (Captain Sajjad Gul) on behalf of the prime minister that a transparent inquiry will be conducted.

The aviation minister said that PM Imran Khan had shown great displeasure during a meeting held today to discuss the progress in the probe and asked why it was that the reports of the previous aviation disasters had never been shared.

He said that 12 such tragedies had taken place since Pakistan came into being of which 10 are those of PIA aircraft. He vowed that reports of all 12 aviation disasters will be made public.

"It is our responsibility to present all the facts timely and in a transparent manner to the public," Ghulam Sarwar Khan said.

The minister said that investigation board has the authority to include any stakeholder during investigation, the Radio Pakistan reported.

“Recorders for voice conversation and data have been recovered which will be taken to France by an Airbus team for decoding and further analysis,” he added.

Sarwar said that 51 dead bodies have been identified and handed over to the families until now and that the identification process will continue until all the results from the DNA tests have been received.

"It will take some time for all the bodies to be identified. But once that process is completed, we will hand over all the remaining dead bodies to the grieving families," he said.

The minister said he held teleconference with PIA management immediately after the plane crash. He said team of Airbus reached Karachi on 26th of this month.

He said 12 to 15 houses were badly damaged when the plane hit them. He said 97 out of 99 people were martyred in the accident.

Earlier, the cockpit voice recorder (CVR) of the ill-fated PK-8303 was recovered from the rubble at the crash site in Karachi.

On May 22, PIA’s passenger plane Airbus A320, PK 8303, carrying 91 passengers and 8 crew members, was flying from Lahore to Karachi when it crashed at the Jinnah Garden area near Model Colony in Malir. Of the 99 people aboard, 97 were killed and only two passengers survived the tragic incident.