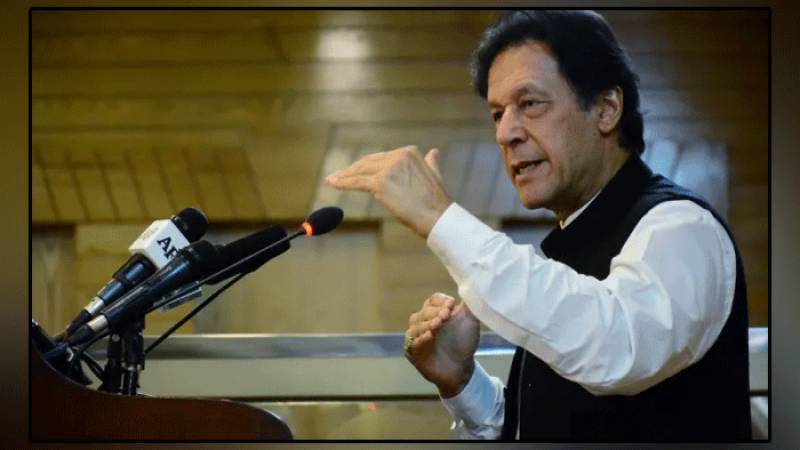 Addressing the ceremony of commercial launch of Rashakai Prioritized Special Economic Zone near Nowshera, the premier emphasised on establishing export-based industry in the country for wealth creation.

PM Imran said that the government was taking all out steps to incentivize investors for promotion of industrialisation and exports in the country.

He said that the hurdles were being removed to facilitate the local and foreign investors to invest in Pakistan.

“Rashakai Special Economic Zone is being established under China-Pakistan Economic Corridor (CPEC),” PM Imran said, adding that Pakistan has a great potential and it can learn a lot from the fast industrial growth of China.

The prime minister directed the Khyber Pakhtunkhwa (KP) government to give land at the zone on lease instead of selling it to avoid real estate speculations. He also advised for ensuring one window operation to facilitate the investors.

PM Imran said that the government's prudent economic policies have started yielding positive results, and the four percent growth has surprised everyone. He said large scale manufacturing is showing growth.

“PTI government had to pass through a difficult time for one and a half years; however now the difficult time is over, he said, adding that the steps were being taken to ensure the economic stability sustainable.

He said the government's successful policy to deal with Covid-19 has helped save lives as well as livelihood.

He said the project will give impetus to industrial development in Pakistan. He said it also help enhance economic cooperation between Pakistan and China.

The Chinese ambassador said that the Rashakai Special Economic Zone will not only accelerate economic progress but also create jobs for the youth in Pakistan.

It is a flagship project of KP Government and KP Economic Zone Development and Management Company.

Rashakai Special Economic Zone spreads over about 1000 acres of land, which is linked with CPEC route on M-I Motorway and other districts of the province that makes the project strategically significant.

The construction of the zone is being carried out with the collaboration of China's state enterprise China Road and Bridge Corporation and KP Economic Zone Development and Management Company.

Different industries, including pharmaceutical, textile, food and beverages and steel and engineering will be established at Rashakai Special Economic Zone.

The project will provide employment opportunities to about two hundred thousand people of the area directly and indirectly.