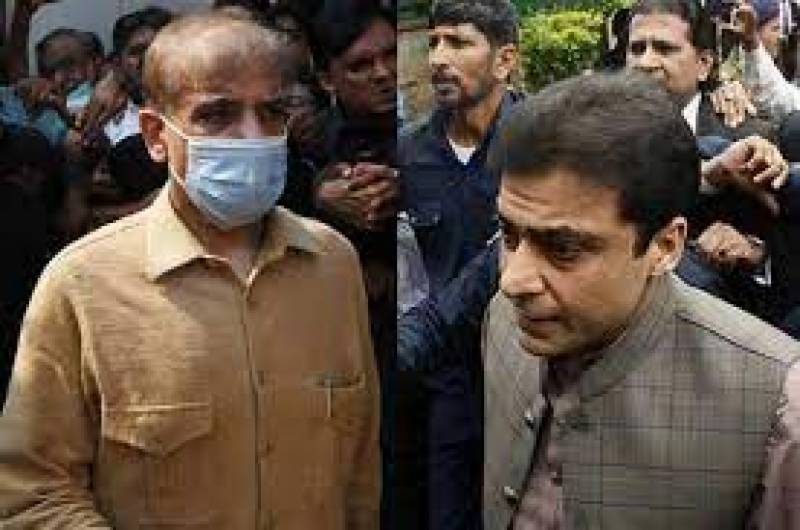 During the previous hearing on May 21, the special court had issued arrest warrants for Suleman Shehbaz, son of Prime Minister Shehbaz Sharif, in the case after extending the interim bail of Shehbaz Sharif and Hamza Shehbaz till May 28.

Presiding judge of the Special Court (Central-I), Ijaz Hassan Awan, had extended their interim bails in the case till May 28 (today) during the hearing last week.

When the hearing resumed, the judge pointed out to FIA prosecutor Farooq Bajwa that the agency's report regarding the arrest of Shehbaz's son, Suleman Shehbaz, and other suspects had contradictory statements.

Shehbaz and Hamza's counsel, Amjad Pervaiz, argued that the facts in the challan were incorrect.

"This case was mala fide because it was politically motivated. The law says if there are 10 cases against someone, he cannot be arrested separately for each."

Prime Minister Shehbaz then took the rostrum and said the case against him was "false".

"I have not taken anything from the government in 12.5 years," he said, adding that he used to get the government car in his use refuelled from his own pocket.

He recalled that the secretary had sent a summary to him for sugar export during his tenure as Punjab chief minister, adding that he had set an export limit and rejected summaries.

"My family lost Rs2bn because of my decision. I am telling you the reality. When my son's ethanol production plant was being set up, I still decided to impose a duty on ethanol. My family lost Rs800 million annually because of that decision. The previous government withdrew that notification stating that it was injustice with the sugar mills."

Later, speaking to newsmen outside the special court, PM Shehbaz said that people of Pakistan are highly affected by the inflation in the country and the relief we gave them was their right.

He said under the package, Rs 2,000 each would be disbursed among the 125 million entitled families as subsidy on petrol.

PM Shehbaz said that the inflation had adversely impacted the masses, making the poor people suffer.

The prime minister told the media that the people even could not afford one-time meal, medical treatment, besides having no businesses or jobs.

He said the country was witnessing skyrocketing inflation.