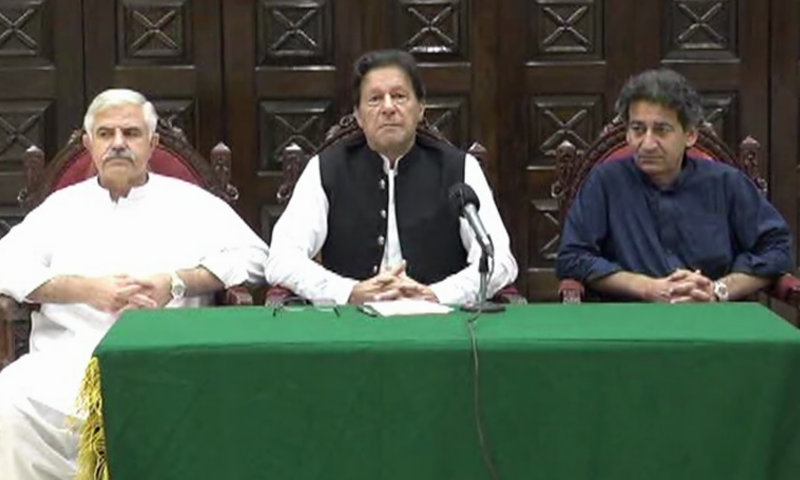 Peshawar (Web Desk): Pakistan Tehreek-e-Insaf (PTI) Chairman Imran Khan on Saturday announced that his party will approach the Supreme Court (SC) to seek clarity on holding public rallies after the government crackdown and clashes across the country.

Addressing a press conference in Peshawar, the PTI chief said that he will lead a record number of people to Islamabad after having clarity by the top court regarding holding of public rallies.

Tell us clearly if this harassment would continue if we stage a peaceful protest," he said.

The PTI chairman lashed out at the government for its measures to clamp down on the Azadi March and the use of police to quell the people. "We have information that they set fire to trees ... to frame us," he added.

Imran Khan said that Pakistan "is heading towards devastation."

The PTI chief said those who installed the new government are responsible for the destruction, saying the entire nation and institutions should save the country from 'looters'.

The former premier said that his party is ready for negotiations with the government but only if his demand for early and transparent polls was accepted.

Lashing out at the government’s decision to hike the fuel prices, the PTI chief said the ‘imported government’ was not purchasing Russian oil at ‘discounted price’ due to fear of its ‘masters’.

He said that the PTI will also challenge the government's move to "revoke voting rights for overseas Pakistanis" and its changes to the National Accountability Bureau laws.