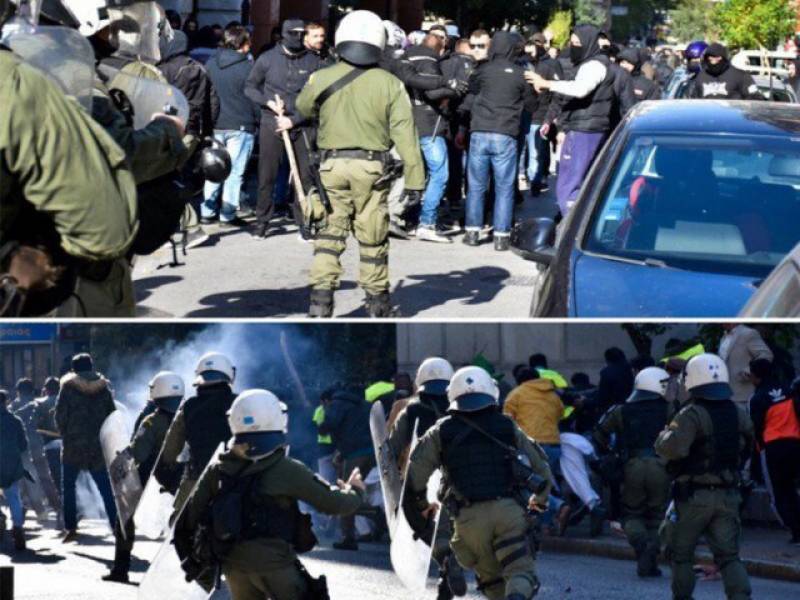 Law enforcement agencies had to use anti-riot methods like deploying tear gas and stun grenades to stop the violence.

Videos from the scene showed hooligans causing mayhem on the streets as the stepped on Islamic flags while Pakistanis tried to defend themselves by fighting back.

The hooligans began insulting the immigrants and attacked them as they were on their way to a game even though they were being escorted by the police.

There were around 200 fans and about 800 people attending the Muslim march, according to local media.

This article originally appeared on RT