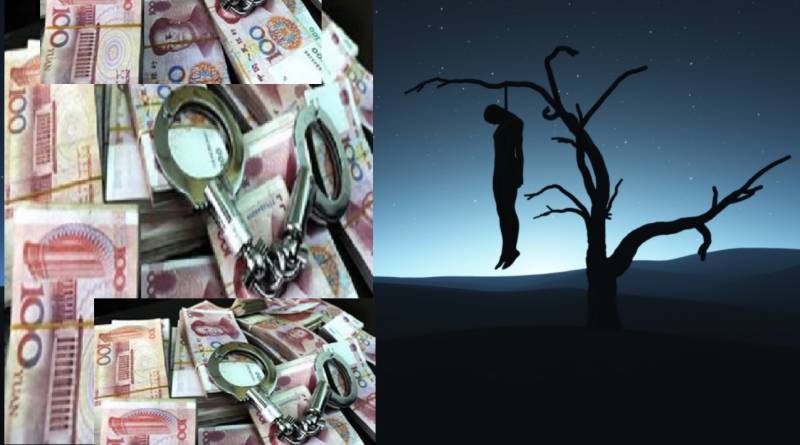 Beijing (Reuters): A senior Chinese military official under investigation for corruption has committed suicide, state media said on Tuesday, the latest development in a sweeping anti-graft campaign that has shaken the armed forces.

Zhang Yang, a former member of the powerful Central Military Commission, was being investigated over links to fallen generals Guo Boxiong and Xu Caihou, the official Xinhua news agency said.

The investigation into Zhang, 66, had verified that he “gravely violated discipline”, was “suspected of giving and taking bribes” and the origin of a huge amount of assets was unclear, Xinhua said, citing the commission.

“On the afternoon of Nov. 23, Zhang Yang hanged himself at home,” the agency said. A suicide by an officer who held such a senior post is rare, though experts have said the frequency of officials from various levels of government taking their own lives may have increased as a result of the intensity of the corruption crackdown since President Xi Jinping took power five years ago.

A commentary carried on both the Defense Ministry and military’s official websites said the CMC decided on Aug. 28 to investigate Zhang, who had “lost his moral bottom line” and used suicide as a means to “escape punishment from the party and country”, an “extremely abominable act”.

“This former general of high position and great power used this shameful way to end his own life,” the commentary said.

“He would exhort loyalty but be corrupt behind others’ backs, a typical ‘two-faced person’,” it said.

Sources had told Reuters that Zhang, who had served as director of the military’s Political Work Department, had been subject to an investigation, but the government had not announced it.

Zhang’s downfall was foreshadowed in September when he failed to make a list of 303 military delegates to the ruling Communist Party’s key five-yearly congress, along with fellow CMC member Fang Fenghui.

Both men were replaced at the congress, held last month, as part of a sweeping military leadership reshuffle in which Xi install trusted allies in key positions.

China’s military, the world’s largest and undergoing an ambitious modernization campaign, has been an important focus of Xi’s deep-seated fight against corruption.

Serving and retired officers have said graft in the armed forces is so pervasive it could undermine China’s ability to wage war.

Dozens of officers have been investigated and jailed, including Xu and Guo, both former vice chairmen of the commission, which Xi heads.

Xu once ran the Political Work Department, which is in charge of imbuing political thought and makes military personnel decisions, and along with Guo was accused of taking bribes in exchange for promotions.

Guo was jailed for life last year. Xu died of cancer in 2015 before he could face trial.