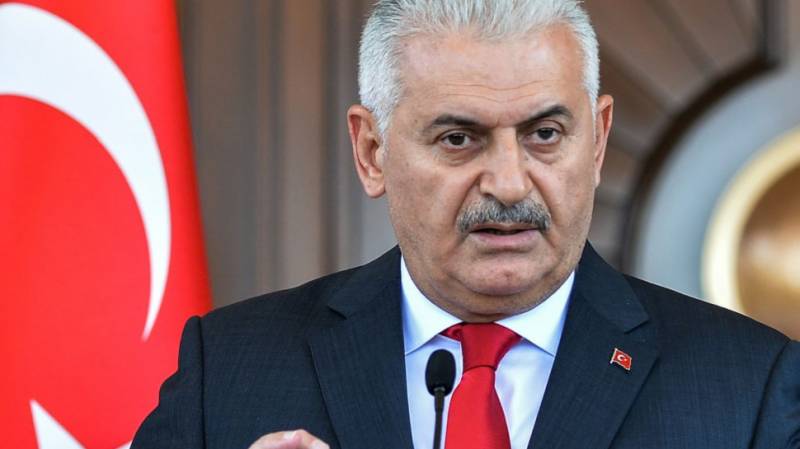 Ankara (Web Desk): Turkish Prime Minister said on Monday that the "Astana process" to revive the Syrian peace process, led by Russia, Turkey and Iran, is working alongside the UN's long-running Geneva discussions rather than competing with them.

"This process is not competing with the Geneva process," Binali Yildirim said during an address at the International Institute for Strategic Studies (IISS) in London.

"Astana peace talks, trilateral meetings, (are) not an alternative to Geneva, what we try to do is prepare infrastructure for solution(s)... in Geneva," he said

Russian President Vladimir Putin, alongside Iran and Turkey, has stepped up diplomatic and military initiatives focused on Syria in recent months, including holding seven meeting in Astana, Kazakhstan.

He also hosted Syrian President Bashar al-Assad last week for three hours of talks aimed at laying the groundwork for progress in the long-dormant peace process.

The flurry of activity has resulted in the establishment of four "de-escalation" zones inside Syria.

This small measure of success contrasts with THE stalled efforts at ending the war in Geneva.

The UN said Monday the Syrian government had not yet confirmed that it would attend talks with the opposition due to restart there on Tuesday.

"We have achieved certain progress in terms of de-escalation and reducing the tensions in the country and moving toward a cease fire," Yildirim added at his IISS talk.

"Look how things evolved in Syria, who caused Syria to be in the situation that it is today -- it all happened because of the regime, because of Assad," he said.

He added in the long-term, "Assad cannot possibly survive in Syria, we have to accept this".

Yildrim also took the opportunity to reaffirm Turkey's commitment to NATO, but noted the tensions over American alliances in the fight against Islamic State (IS).

He reiterated that Ankara views the Kurdish PYD group, and its armed wing the YPG -- part of the US-led coalition fighting IS -- as "terrorist organisations".

"We have to protect our territory, and we would ideally want to do it together with NATO, and we work hard for that, but unfortunately, our voice was not heard," Yildrim said.