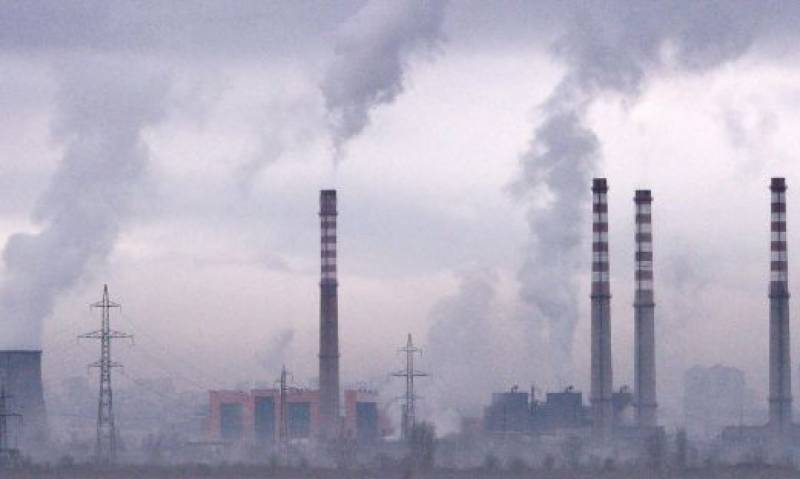 France (Agencies): Humanity is falling further behind in the race against climate change, with the gap between greenhouse gas emissions and levels needed to achieve the Paris climate treaty temperature goals continuing to widen, the UN said Tuesday.

With only a single degree Celsius of warming so far, the world has seen a crescendo of deadly wildfires, heatwaves and hurricanes.

On current trends, temperatures are on track to rise roughly 4C by the century's end, a scenario that would tear at the fabric of civilisation, scientists say.

To hold the rise in Earth's temperature to 1.5C above the preindustrial benchmark, such efforts would have to increase fivefold.

"The emissions gap is much bigger than last year," UNEP's Philip Drost, one of several coordinators for the annual report's ninth edition, toldto a foreign news agency.

One obvious reason was a spike last year in the quantity of carbon dioxide, methane and other planet-warming gases escaping into the atmosphere.

This trend is set to continue in 2018, which saw a jump in CO2 emissions from the energy sector, according to the International Energy Agency, as well as an increase in the atmospheric concentration of CO2.

But the gap between where we are and where we need to be also grew on paper: new calculations by the UN's top science panel sharply reduce the real-world potential for drawing CO2 out of the air, whether by planting more trees or capturing and storing CO2 emitted by power plants.

More broadly, the Intergovernmental Panel on Climate Change (IPCC) special report released last month concluded that 2C of warming, once seen as a safety guardrail, would in fact usher in a maelstrom of deadly extreme weather.

Taken together, rising emissions and revised projections on CO2 removal have widened the emissions gap by 15 percent for a 2C world, and by nearly 70 percent for the 1.5C target, according to the new report.

The news comes despite breakneck growth in solar and wind power, gains in energy efficiency, and climate action by business and local governments, said Andrew Steer, president and CEO of the Washington DC-based World Resources Institute.

"We are chasing a bus" -- climate change -- "and we are going faster and faster, setting new world records," he said by phone. "But the bus is accelerating even faster, and the gap is increasing."

Momentum is most lacking at the national level, the report suggested. "Governments really need to look at their Nationally Determined Contributions (NDCs) and increase their ambition," said Drost.

Boosting carbon-cutting efforts is high on the agenda at UN climate talks starting next week in Katowice, though host country Poland has let it be known that its top priority is finalising the "rulebook" for the Paris Agreement, which enters into force in 2020.

But upping ambition will be a tall order given that most major economies are not even on track to achieve their current pledges.

The United States, the world's second biggest carbon emitter, will miss its targets, as will Australia, Canada and South Korea, the UN report said. The European Union and South Africa will also fall short.

Top emitters China and Russia are both on track, but mostly because their goals were so modest to begin with, as are Brazil, Japan and Turkey.

It is uncertain whether Indonesia and Mexico will hit their target.

The Emissions Gap report's projections are based on estimates of how much carbon humanity can emit into the atmosphere -- known as the "carbon budget" -- without breaching the 2C or 1.5C ceiling.

To cap global warming at 2C, annual emissions in 2030 will need to stay under 40 billion tonnes of CO2 or its equivalent (GtCO2e).

If the target is 1.5C, the gap becomes a chasm: by 2030, carbon emissions must be lowered to no more than 24 billion tonnes per year, nearly one-and-a-half-times lower than they would be even if Paris promises are kept.

Written and reviewed by 100 climate scientists and experts, the annual, 100-page analysis tracks progress towards achieving the Paris treaty goals.

Under Donald Trump, the United States has abandoned its greenhouse gas goals and vowed to quit the Paris Agreement.