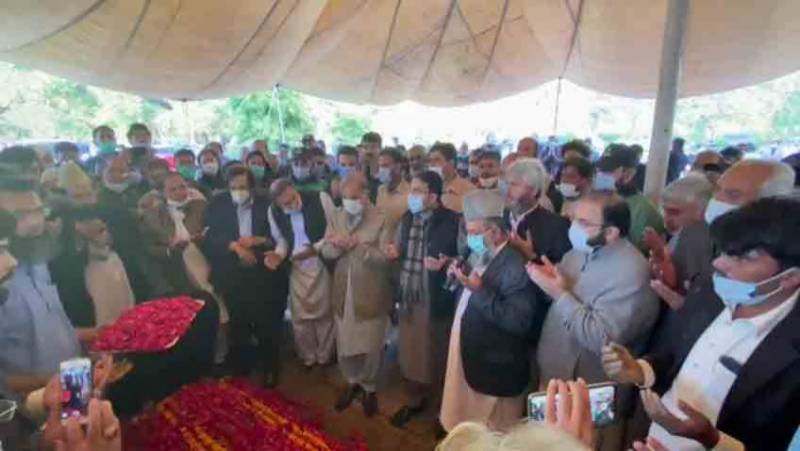 The funeral prayers of Begum Shamim Akhtar were led by Maulana Raghim Naeemi at the Sharif Medical City in Raiwind area of Lahore.

Begum Shamim Akhtar’s dead body reached in Lahore via British Airways flight and was received by Shehbaz Sharif, his son Hamza Shehbaz and other members of the Sharif family at the Allama Iqbal International Airport.

On Friday, Nawaz Sharif offered the funeral prayers of his mother in London along with several family and party members.

Begum Shamim Akhtar passed away in London on November 22.

She had developed a severe chest infection and was suffering from an advanced stage of Alzheimer’s disease.

The deceased was receiving treatment at a London hospital. Begum Shamim Akhtar’s condition had deteriorated over the last week and she could not regain her health due to old age.

Meanwhile, PML-N President Shehbaz Sharif and his son and Opposition Leader in Punjab Assembly Hamza Shehbaz were released from jail on Friday on parole to attend Begum Shamim Akhtar’s funeral.

Punjab Home Department issued a notification approving the release of Shehbaz Sharif and his son Hamza Shehbaz on parole for five days.