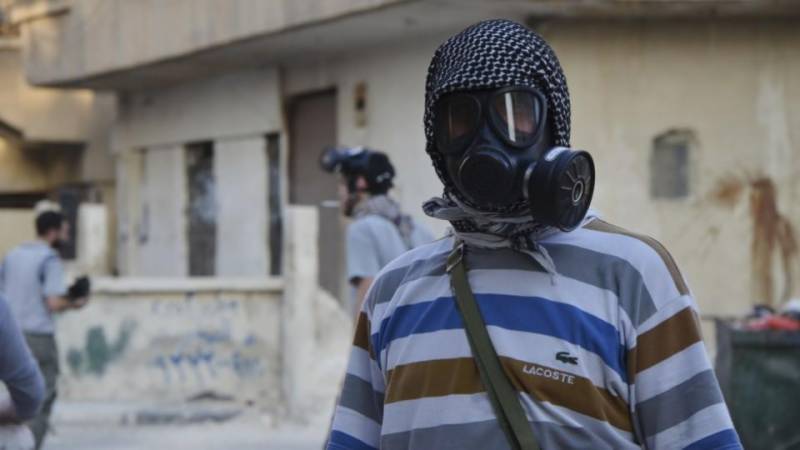 Beirut (Reuters): The Syrian government rejected a report sent to the U.N. Security Council that blamed it for a chemical attack on the opposition-held town of Khan Sheikhoun in April in which dozens of people were killed, state media said on Friday.

“Syria rejects in form and substance what was included in the report of the U.N. and the Organization for the Prohibition of Chemical Weapons’ Joint Investigative Mechanism (JIM) that was announced yesterday,” state news agency SANA reported, citing an official in Syria’s foreign ministry.

The official said the report had been compiled under instructions from the United States and other Western countries “to place more political pressure” on Syria, SANA reported.

The JIM report found Syrian President Bashar al-Assad’s government responsible for the release of sarin at Khan Sheikhoun on April 4 this year.

The attack prompted a U.S. missile strike against a Syrian air base which Washington said was used to launch the strike.

“(Damascus) condemns the reliance of the Joint Investigative Mechanism on the word of criminals who committed this immoral act in Khan Sheikhoun and those of suspect witnesses, as well as so-called open sources,” a statement by the foreign ministry official said.

The official also said Syria renewed its commitment to the Organization for the Prohibition of Chemical Weapons and said it had no chemical materials restricted by the agreement.

Syria considered the use of chemical weapons “an immoral act, condemned everywhere, at any time, under any circumstance,” SANA reported.

Prime Minister Shahid Khaqan Abbasi has directed to close less-efficient power plants in a phased manner and to convert oil-based plants to gas in shortest possible time in view of availability of ample gas for the power sector.

Chairing a meeting which reviewed power generation and demand supply situation in the country in Islamabad, he said conversion of oil-based plants to gas and maximizing efficiency of existing power plants would not only reduce oil import bill of the country but would also ensure maximum availability of power.

The meeting also reviewed projected estimates of power generation and the expected demand in the coming four months; from November 2017 to February 2018.

The Prime Minister was informed the average demand for the next four months, calculated on the basis of data received from various discos, stands at around 14452MW while the average net firm generation after deducting any unforeseen outages from IPPs and Gencos would remain at 16865MW  approximately.

He was informed that the projected surplus for the next four months has been estimated to range between 2400MW to 3400MW approximately.