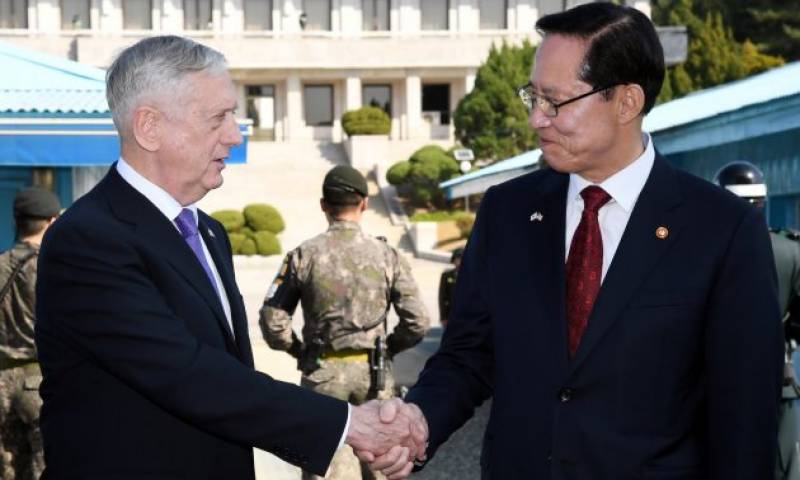 Seoul (Reuters): U.S. Defense Secretary Jim Mattis said on Saturday that he could not imagine United States ever accepting a nuclear North Korea, warning that its rapidly advancing nuclear and missile programs would undermine, not strengthen, its security.

Mattis has been at pains during his week-long trip to Asia to stress that diplomacy is America’s preferred course, a message he returned to after top-level military talks in Seoul on Saturday and at the tense border area with North Korea on Friday.

Still, he warned Pyongyang that its military was no match for the U.S.-South Korean alliance, and that diplomacy was most effective “when backed by credible military force.”

“Make no mistake - any attack on the United States, or our allies, will be defeated. And any use of nuclear weapons by the North will be met with a massive military response that is both effective and overwhelming,” Mattis said.

Mattis’s South Korean counterpart, Defense Minister Song Young-moo, dismissed the idea of deploying tactical nuclear weapons to the peninsula as a response to the North’s advances.

But the U.S.-Korean alliance had the ability to respond, even in the event of a nuclear attack from the North, Song added.