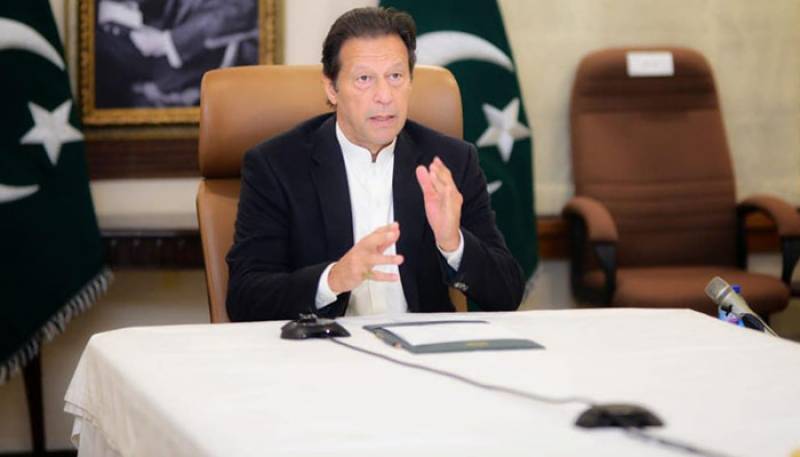 Islamabad (Web Desk) Prime Minister Imran Khan has convened a meeting of National Security Committee (NSC) on Friday in view of the situation arising out of the illegal activities of the banned outfit.

In a tweet on Thursday, Federal Minister for Information Fawad Chaudhry said that Prime Minister Imran Khan has convened a meeting of the National Security Committee tomorrow in view of the situation arising out of the illegal activities of the banned outfit.

The minister added that other issues related to national security would also be discussed in the meeting.

It is pertinent to mention that the rally comprising thousands of workers of the proscribed Tehreek-e-Labbaik Pakistan (TLP) left Kamoke and entered Gujranwala city on Thursday afternoon, as life in the areas surrounding its route continued to remain disrupted.

Some 4,000 TLP workers travelled on the Grand Truck Road in large trucks and buses along with their supplies, as stick-wielding activists of the group guarded the procession from all sides.

The security officials plan to stop the TLP activists near the Wazirabad-Chenab river area instead of Gujranwala city, according to police sources.

As per a statement, at a high-level meeting held to review the security situation, Punjab Chief Minister Usman Buzdar directed officials to "take every step possible" to establish peace in the province.

On October 27, Interior Minister Sheikh Rashid Ahmed said that the Rangers were being called for 60 days in Punjab to maintain law and order after recent clashes with the proscribed TLP.

“Rangers has been deployed in Punjab for 60 days to maintain law and order after recent clashes with the banned TLP, however, I still requested the group to end their protest,” Rashid said while addressing a press conference.

Earlier, Minister for Information Fawad Chaudhry said the government has decided to treat the banned TLP as a militant organisation and will ensure it met the fate as that of other terrorist organisations.