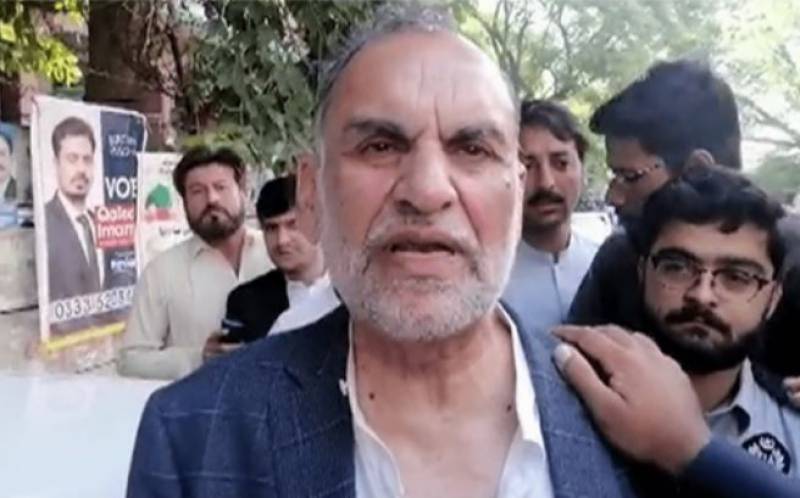 Addressing a press conference, Swati alleged “Major General Faisal” and “Sector Commander Fahim” were the “two culprits” behind his abuse and custodial torture. The PTI leader also called for them to be removed from their posts.

Swati, who was arrested earlier this month in a case registered against him over a controversial tweet.

The PTI chief vowed to approach every forum over the “custodial torture” of Swati. “I am upset that they did not take action.”

He questioned the law under which this action was taken.

“Swati was beaten in front of his grandchildren,” Khan said, adding that the PTI Senator was later “handed over” where he was beaten after being stripped naked.

The former premier asserted that by “insulting and scaring” citizens, state institutions were only flaming the fans of hatred against them. Imran also termed the country a “banana republic.”