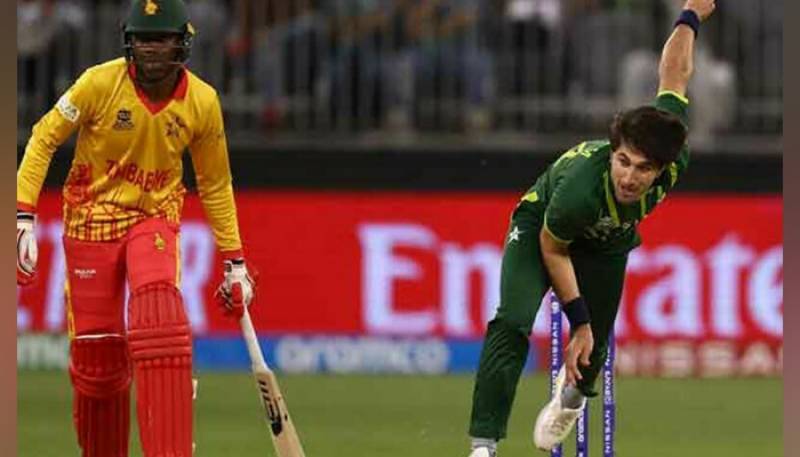 Perth (Web Desk): Zimbabwe defeated Pakistan by one run in the ICC Men's T 20 World Cup, at Perth on Thursday.

After winning the toss, Zimbabwe decided to bat first and scored 130 runs for the loss of 8 wickets in allotted 20 overs.

In reply, Pakistan could score 129 for the loss of eight wickets.

The Green Shirts made a shaky start after the opening pair - Mohammad Rizwan (14) and Babar Azam (4) - were removed in early over. Shan Masood tried to recover the team from early losses as he made 44 runs before he was dismissed by Regis.

The middle order could not keep up the momentum set by Masood. However, Mohammad Nawaz from tail order made 22 in a bid to help team win the match, but his removal put pressure on the remaining batters.

Pakistan needed three runs on final ball of the last over but they failed to smash a boundary to win the game.

Pakistani squad will face the Netherlands on October 30 with an eye to improve the run rate.