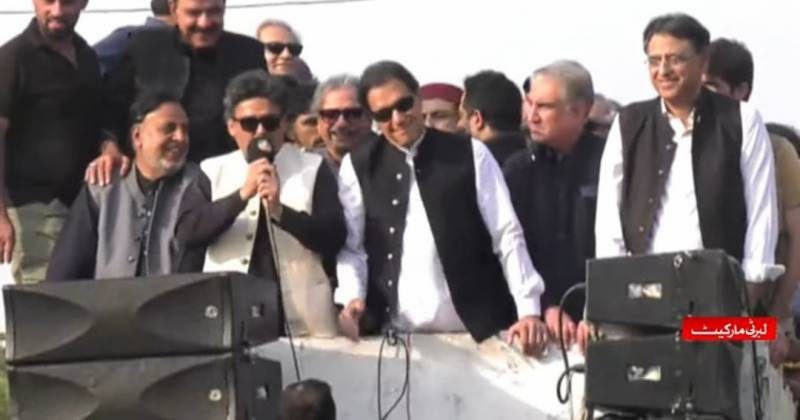 Addressing a public gathering at Liberty Chowk, the PTI chief said that unlike Pakistan Muslim League-Nawaz (PML-N) supremo Nawaz Sharif, he was "not a runaway that would either sit quietly here or criticise the military in London".

"I will not go abroad. I will live and die here. I only want transparent elections. My people should decide who will rule the country," he added.

“DG ISI, when we criticise you, it is constructive and for your betterment. I am saying this again, I can say a lot and can respond to you. But I don’t want the institutions to get weak,” he asserted.

The former prime minister also countered that he never made any unconstitutional demands during “backdoor contacts”.

Khan said he keeps quiet for the sake of the country and the institutions as he did not want to "damage" Pakistan.