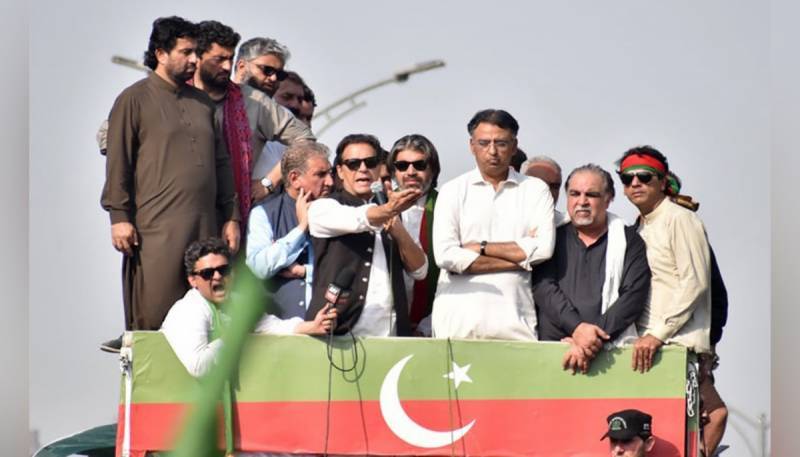 The long march will start from Lahore’s Liberty Chowk and after passing through the Ferozepur Road, Icchra, Azadi Chowk, Mozang, Data Darbar side, it will move towards Muridke.

On Tuesday, Imran Khan announced to begin his party’s long march from Lahore on Friday.

“We will gather at 11 and then we will start marching to Islamabad,” the former premier said while addressing a press conference.

This is the second such march by Imran this year, first was on May 25. The PTI leaders said that the march would be peaceful and limited to designated areas only.

PTI leader Fawad Chaudhry urged the people of Lahore to come out on the streets with former prime minister Imran Khan to “change the system of Pakistan”.

PTI’s Ali Muhammad Khan has said that the party’s long march, scheduled to begin shortly, will be peaceful. “We will keep our political movement peaceful irrespective of the threats,” he said in a video message.