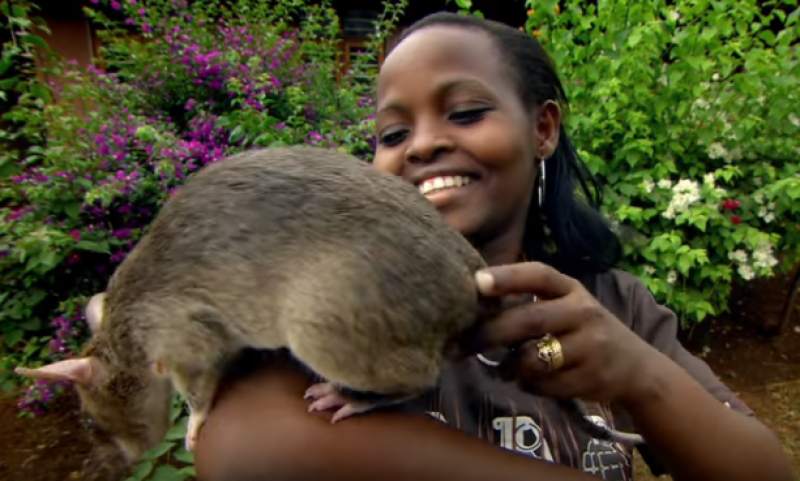 New York (Web Desk): A rare new species of rat, up to four times the size of the rodents that populate American cities , has been identified in the Solomon Islands.

The discovery marks the first time in 80 years that a new rat species has been found in the archipelago in the South Pacific. In 2010, mammalogist Tyrone Lavery heard rumors about a coconut-cracking giant rat called "vika" that lived in the trees of Vangunu Island. People on the island even had songs and children's rhymes about the rats. But after several surveys, Lavery couldn't find the creature. "I started to question if it really was a separate species, or if people were just calling regular black rats 'vika,'" Lavery said in a statement from The Field Museum in Chicago, where he is a postdoctoral researcher.

Then, in 2015, a ranger captured one of the rats as it scurried out of a felled tree.

"As soon as I examined the specimen, I knew it was something different," Lavery said.

The rat didn't resemble the eight known rat species native to the Solomon Islands. And when Lavery compared the specimen to museum collections and checked the rat's DNA, he confirmed it was indeed a new species. He named it Uromys vika.

From nose to tail, the rat measured about 18 inches (46 centimeters) long. Solomon Islands rats (vika) can weigh up to 2.2 lbs/ (1 kilogram). For comparison, the black rats that spread throughout the world aboard European ships typically weigh just 200 grams (0.44 lb.). Thousands of new animal species are discovered each year, but about half that make the list are insects and arachnids, according to ‘The New York Times.’ Despite what Bigfoot believers might try to convince you, it's rare for relatively large animals to remain undiscovered. Lavery said just a few dozen new mammals are identified every year. He explained that ancestors of the vika likely floated to the island on a raft and then evolved into a new species after years of isolation. But the vika, which was described in the Journal of Mammalogy (Sept. 27), could already be close to extinction. The species is considered critically endangered due to its small native habitat and low population density; it's also threatened by commercial logging on Vangunu Island. "It's getting to the stage for this rat that, if we hadn't discovered it now, it might never have gotten discovered." Lavery said. "The area where it was found is one of the only places left with forest that hasn't been logged."