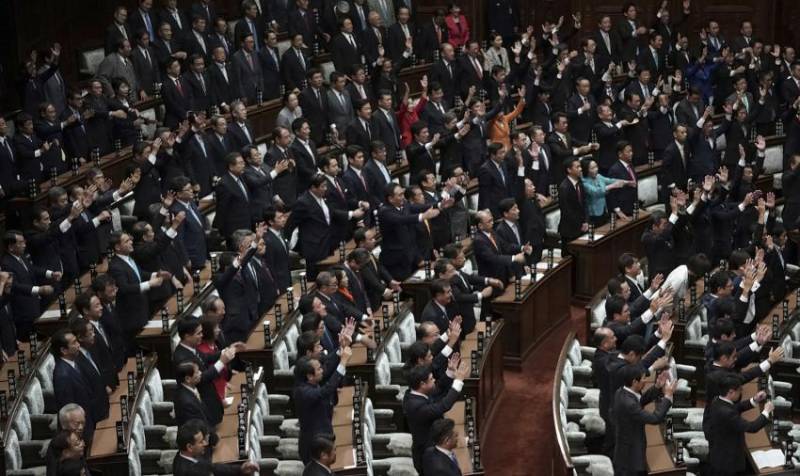 The Prime Minister on Monday announced the dissolution of the House of Representative paving the way for snap election, which according to media is to be held on October 22. The move came more than a year before required by law.

According to international media, Abe, who held the office in 2012, seeks to expand his grip on power within his party, Liberal-Democratic party, for extending its premiership next year.

An emerging challenge for the ruling party is the launch of a new political party by Tokyo Governor Yuriko Koike, who has motivated some voters and legislator of major opposition party, Democratic Party.

The dissolution statement was read by the speaker of the house, Tadamori Oshima following which the members of the parliament went outside the assembly hall.

Later, PM Abe while speaking to party members said that the election has been called to get fresh public mandate over Japan’s strict policies regarding North Korea and future tax revenue.

The upper house of the parliament has not been dissolved but it will remain closed until the new assembly is formed after election. According to Bloomberg News, the Cabinet has approved an October 22 election for the 475-seat lower house.

Tension between Japan and North Korea escalated further after the latter fired two missiles over Japan that landed in the northern Pacific Ocean.

Japan had strongly condemned North Korea for being aggressive. Chief Cabinet Secretary Yoshihide Suga said these repeated provocations on the part of North Korea are unacceptable.