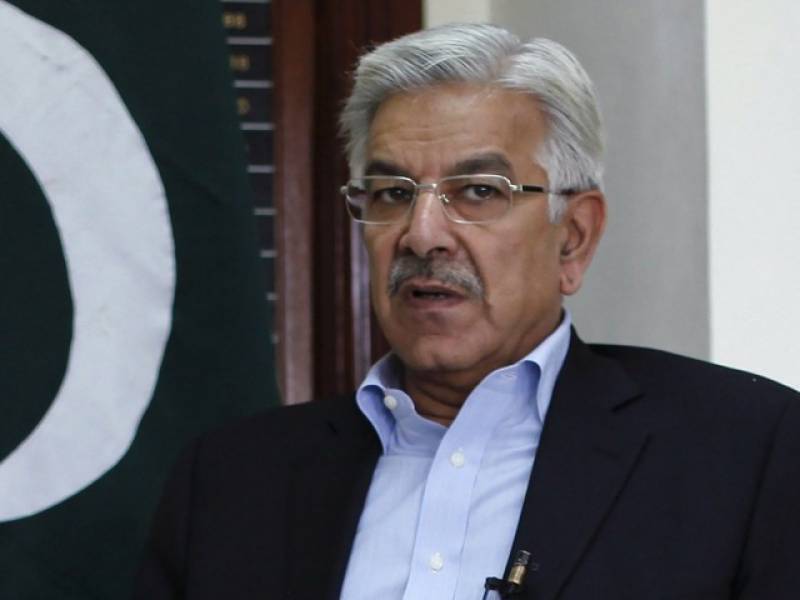 New York (Staff Report): Foreign Minister Khawaja Asif on Wednesday said our participation in war against Soviet Union during 80s was wrong decision, America used Pakistan as frontline state and we are still facing the consequences.

The foreign minister was speaking at a session hosted by Asia Society in New York, he said, before putting blame on Pakistan, international community should consider the consequences of cold war between US and Soviet Union when US used Pakistan against Soviet Union.

He said that Hafiz Saeed, Lashkar-e-Taiba, and the Haqqani network are liabilities for Pakistan that are actually the consequences of that war.

"You cannot divorce history from the present or the future."

Responding to a question regarding Hafiz Saeed, Asif said that he was already under detention.

He said, "You have mentioned a name. It's a proscribed organisation. The gentleman is under house arrest. But I agree with you that on that score, on that account, we have to do more."

"There are people in Pakistan who can be a liability in times of crisis for Pakistan and for the region."

The Pakistani government has placed Hafiz Saeed under house arrest, which was extended by two months in August. He was also placed on the Exit Control List along with 37 others in February, all of whom were said to be affiliated with the Jamaat-ud-Dawa (JuD) or Lashkar-e-Taiba (LeT).

According to the interior ministry, JuD, LeT, and the Falah-e-Insaniat Foundation (FIF) are "on the Watch List as per UNSC 1267 Sanctions", and in "the Second Schedule of the ATA 1997 (as amended)".

Earlier, in his speech prior to the session, Foreign Minister Khaja Asif said that Pakistan cannot be blamed for issues plaguing Afghanistan.

"India cannot wish away Kashmir, nor can it delegitimise the genuine, indigenous, unarmed struggle of Kashmiris fighting for their right of self-determination by terming it as terrorism."

He added that India cannot term the genuine struggle of Kashmiris as terrorism.