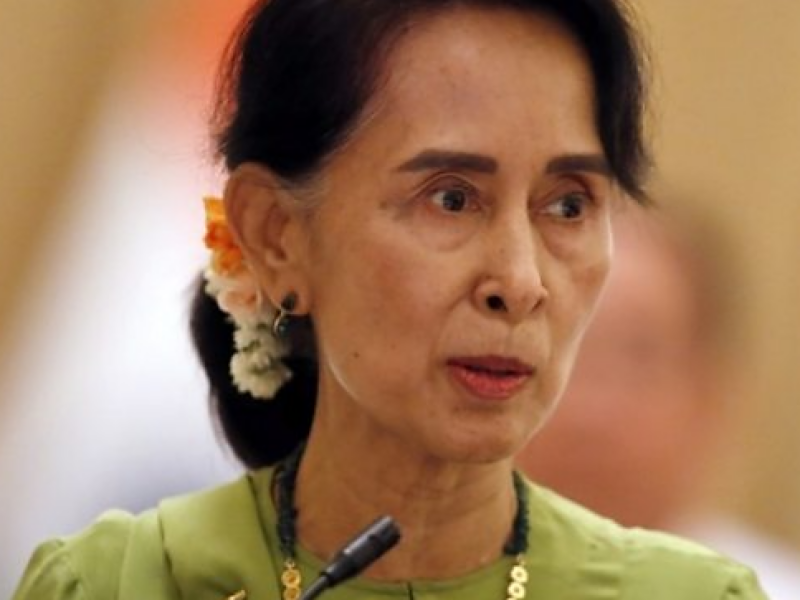 Ottawa had given the long-detained democracy advocate and Nobel laureate the rare honour in 2007.

But her international reputation has become tarnished by her refusal to call out the atrocities by her nation's military against the Rohingya Muslims minority, which Ottawa last week declared a genocide.

A brutal military campaign that started last year drove more than 700,000 Rohingya Muslims from Myanmar into neighbouring Bangladesh, where they now live in cramped refugee camps - fearful of returning to mainly Buddhist Myanmar despite a repatriation deal.

Many have given accounts of extrajudicial killings, sexual violence and arson.

The military has denied nearly all wrongdoing, justifying its crackdown as a legitimate means of rooting out Rohingya militants.

But after a fact-finding mission, the United Nations on Thursday set up a panel to prepare indictments against Myanmar's army chief and five other top military commanders for crimes against humanity.

Suu Kyi's democratically-elected government remains in a delicate power balance with the generals, whose presence in parliament gives them an effective veto on constitutional changes.

Austen cited Suu Kyi's "persistent refusal to denounce the Rohingya genocide" for the withdrawal of the Canadian honour, which is symbolic and comes with no special privileges.

"We will continue to support the Rohingyas by providing humanitarian assistance, imposing sanctions against Myanmar's generals and demanding that those responsible be held accountable before a competent international body," he added.

Honorary Canadian citizenship has only been granted to five others including the Dalai Lama, girls education advocate Malala Yousafzai and Nelson Mandela.