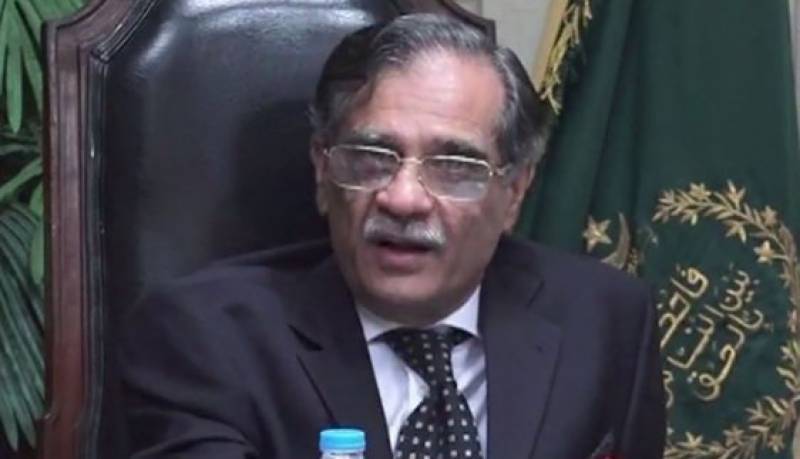 During the hearing of a case on Friday, the CJP questioned is there a single case that NAB has winded up, adding that the nation must know what happened to those who were involved in illegal appointments.

He further observed that there was a need to change the structure of NAB as investigations and filing of references takes place without any tangible output on the cases.

The CJP asked if this is the duty of courts to purge the NAB of its wrongdoings, following which he summoned NAB Chairman Justice (r) Javed Iqbal to his chamber.

While hearing another case regarding an increase in oil and gas prices, the SC ordered the NAB to conduct an independent and neutral inquiry into the matter.

The court ordered the board of Pakistan State Oil (PSO) to submit a report on LNG contracts within 10 days and explain whether there was transparency in the agreements with Qatar. The court also ordered a report to be submitted on whether postings within PSO were made on the basis of merit or not.

The court maintained that 'favoured' persons were posted in PSO and received hefty salaries while the country was looted of its wealth.