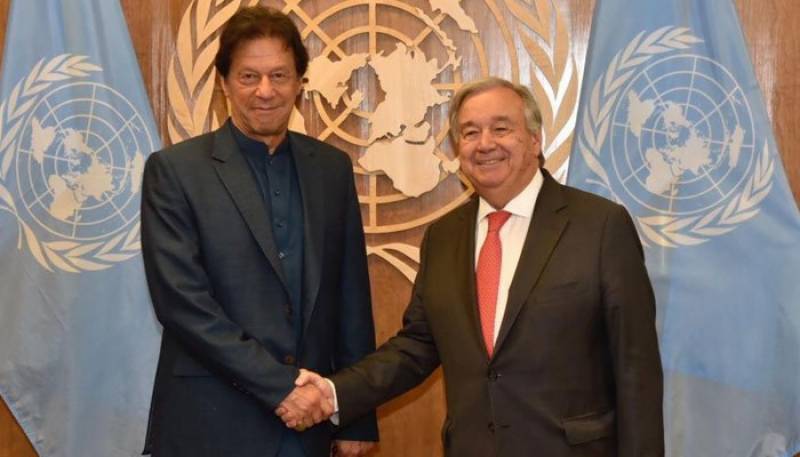 The UN chief reaffirmed that he would remain engaged on the issue and conveyed that his offer to help facilitate a peaceful solution continued to stand.

Prime Minister Imran Khan briefed the Guterres on the 54-days long siege of over 8 million Kashmiris amidst communications blackout.

“Such draconian lockdown has no parallel in recent history and the need for its immediate lifting could not be stressed enough,” said PM Imran rejecting India’s illegal and unilateral actions of August 5.

Highlighting the threat faced by the region due to India’s illegal and irresponsible actions, the PM underscored the responsibilities that United Nation and the international community has and urged them to take urgent actions to help save lives in IOK.