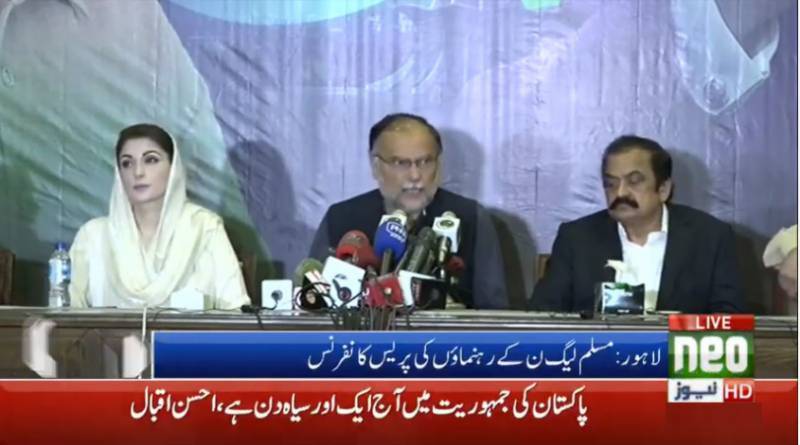 Addressing a press conference along with other party leaders, Maryam said today was a "very sad day" because the opposition leader had been arrested again.

"I don't have a grain of doubt that Shehbaz Sharif was not arrested for corruption or accountability. A reference against him was ongoing and he was arrested in the middle," she said, adding that the only reason Shehbaz was arrested was that he "has not left his brother's side".

"If there is even a semblance of law and justice [in the country], then instead of Shehbaz Sharif, Asim Bajwa should have been arrested," said Maryam.  She said Shehbaz belonged to a business family and his father had an expansive business.

"Bajwa is a salaried person and for him to become a billionaire is an accountable allegation," she added.

According to details, NAB officials took Shehbaz Sharif into custody from the court room after his bail was rejected.