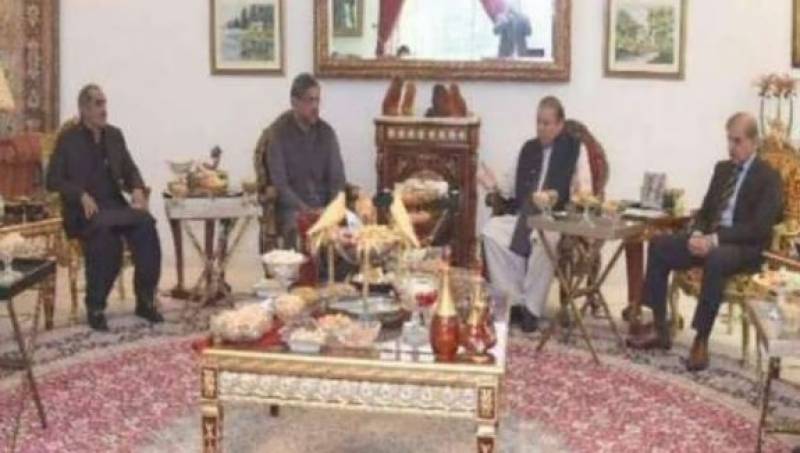 According to sources, Nawaz had summoned a high-level party meeting to discuss the ongoing political situation in the country.

Sources said Shehbaz's son, MNA Hamza Shehbaz, and Maryam Nawaz were also attended the meeting. They said the leaders discussed political affairs of the country as well as the party's strategy with regards to the upcoming elections.

Earlier, the former PM said he did not know where he would be in the next 10 to 20 days, but no matter where he was, his stance would not change in any way. He said no elected PM in Pakistan’s history had ever been allowed to complete his tenure.

He said “this only happens in our country… elsewhere in the region, states function by the book. Here in Pakistan, law amounts to nothing”.