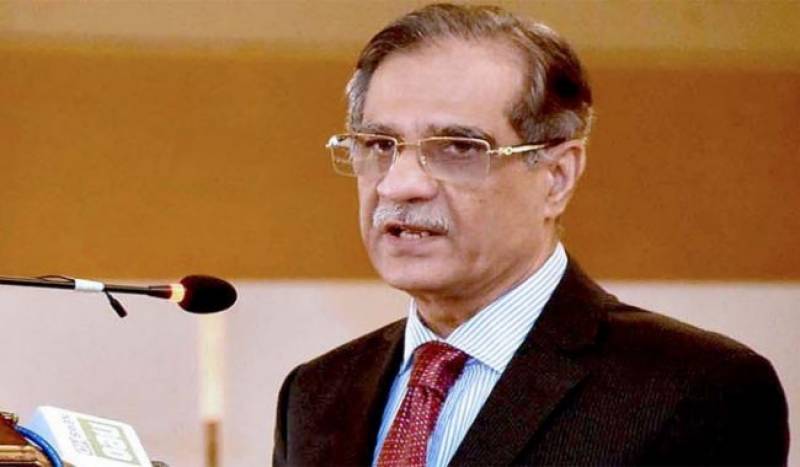 While hearing a custody case filed against the DIG at the Supreme Court’s Lahore Registry, the CJP took strong exception to the DIG's attempt at gaining undue favour by appealing to his son-in-law Khalid Rehman, and summoned Rehman to court immediately to record his statement.

"How dare you seek to approach me for favour through my son-in-law?" the chief justice lashed out at the DIG. "Tell me, who advised you to seek undue advantage in the case through my family members?" he asked.

DIG Dogar gave the CJP an unconditional apology, but Justice Nisar told him the court was not interested in his apology, and insisted on being told the name of the person who had advised the police official to seek intercession in the case by approaching the CJP's family members.

Rehman, the CJP's son-in-law appeared before the court in response to Justice Nisar's summons.

Rehman submitted an unconditional apology to the court and told the CJP that DIG Dogar had approached him for a favour.

He alleged that the DIG had said his former wife and sons' names should stay on the ECL.

Canadian-national Mirjam Aberras Lahdeaho had contracted marriage with DIG Dogar on March 6, 1997, in Lahore and stayed in Pakistan for over 12 years along with their three children, including a daughter, before they moved to Canada as permanent residents in 2009.

In the petition, she stated that she was a citizen of Finland and Canadian national and married Dogar 31 years ago. The petitioner said she had three children with him, namely elder daughter Zara, and two sons, Ghulam Qasim Dogar and Ghulam Jafar Dogar.

She said both the parents of Dogar, his brother, and his sister were also Canadian nationals.

Dogar had asked Aberras to send the children to Pakistan to spend the holidays with him last year. She sent all three children home and then the DIG allegedly refused to let them fly back to Canada.

She said her husband also obtained an ex parte order from a court regarding guardianship of the minors and that she had been fraudulently deprived of lawful custody of her children.

The chief justice then ordered the hearing of the case be continued in his chamber.