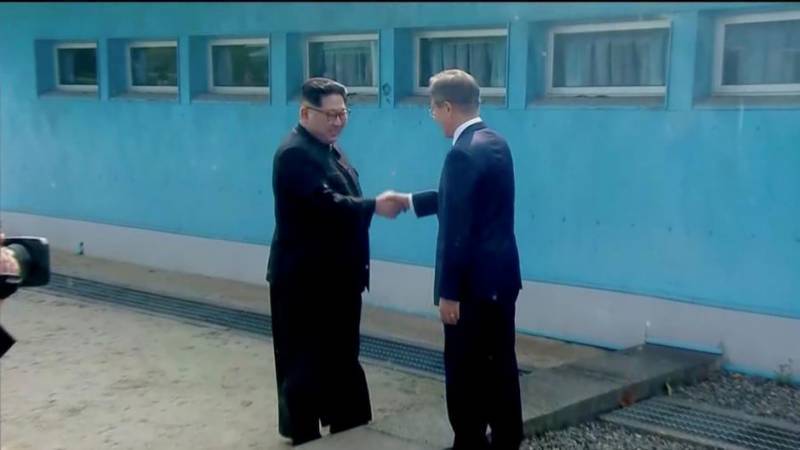 North Korean leader Kim Jong-un said during his summit with South Korean President Moon Jae-in that he would close the country's nuclear test site in May in full view of the outside world, Moon's office said.

North Korea's state media has said ahead of the summit that Pyongyang would immediately suspend nuclear and missile tests, scrap its nuclear test site and instead pursue economic growth and peace.

Confirming the report, Kim told Moon that he would invite experts and journalists from the United States and South Korea to ensure "transparency" of the dismantling of the facilities, the Blue House said.

The event may serve as a dramatic setup to Kim's nuclear negotiations with President Donald Trump that may take place in the next few weeks.

Kim also expressed optimism about his meeting with Trump, saying the US president will learn he's "not a person" to fire missiles towards the US, Moon's spokesman Yoon Young-chan said.

Moon and Kim during the summit promised to work towards the "complete denuclearisation" of the Korean Peninsula, but made no references to verification or timetables.