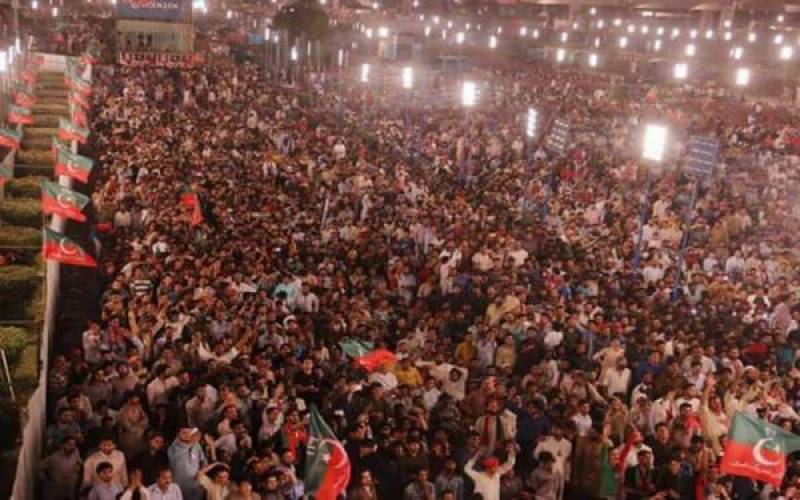 The PTI chief is expected to address the gathering around 9pm.

According to sources, during his address to the party workers, Khan will unveil his first 100-day strategy after “winning the upcoming general election.”

Khan, who reached the Punjab capital with third wife Bushra Maneka, on Saturday has directed the party workers from other areas of the country to arrive in the city till the evening.

All the preparations for the rally have been completed as a 120 feet long and 60 feet wide stage is set for the party leadership.

More than 50, 000 chairs are placed in the arena which also has been decorated with party flexes, banners, and flags.

Prior to this, PTI held a rally at Minar-e-Pakistan on October 30, 2011, and organisers claim that they will attract similar if not larger crowds this time around.