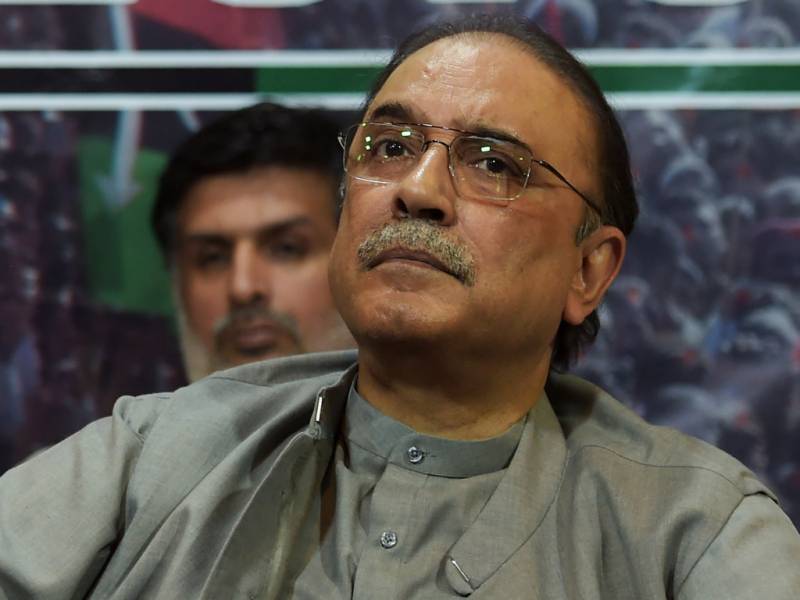 As Court II Judge Arshad Malik resumed hearing, a third suspect named Sher Mohammad requested the court that he be allowed to testify as a witness.

At this, the NAB prosecutor informed the court that the accused’s request had been received by the bureau and it was reviewing the application.

The court then extended the interim bail of Zardari and his sister Talpur till May 9.

During the last hearing, two women accused also offered to become approvers in the case.

On April 10, the Islamabad High Court (IHC) extended the interim pre-arrest bail of Zardari and his sister Talpur till April 29 in the fake bank accounts and money laundering case.

On March 28, an IHC division bench had approved the bail petitions of the former president and his sister, granting them pre-arrest bail till April 10.

The PPP leaders had approached the IHC seeking pre-arrest bail to avoid arrest in the fake bank accounts and money laundering case.

Earlier this month, a banking court in Karachi had ordered the transfer of the fake bank accounts and mega money laundering case to Islamabad.