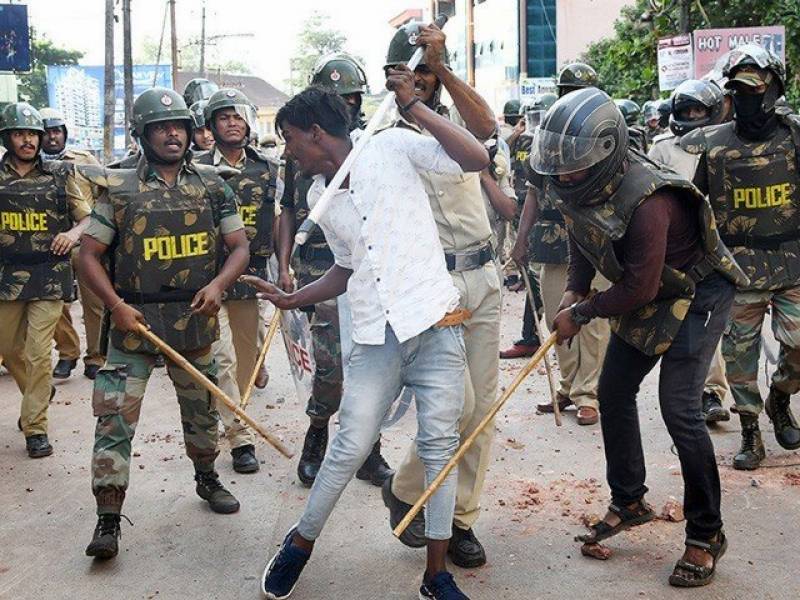 Islamabad (Web Desk): The United States Commission on International Religious Freedom (USCIRF) in its annual report released on Tuesday recommended that the State Department should designate India as “country of particular concern” or CPC, for “engaging in and tolerating systematic, ongoing, and egregious religious freedom violations, as defined by the International Religious Freedom Act (IRFA)”.

“We are seeing impunity for violence by non-state actors committed against religious minorities,” said Ted Perkins, the commission’s chairman.

“India took a sharp downward turn in 2019, with religious minorities under increasing assault,” the USCIRF, which is a bipartisan agency of the federal government, observed.

The most “startling and disturbing”, she added, was the passage of a citizenship amendment act that fast-tracked citizenship for newcomers who belong to six religions, but excluded Muslims.

“This potentially exposes millions of Muslims to detention, deportation and statelessness when the government completes its plan for a nationwide, national register,” she said.

The designation by the US Secretary of State, is used against of a nation guilty of particularly severe violations of religious freedom under the US International Religious Freedom Act (IRFA) of 1998.