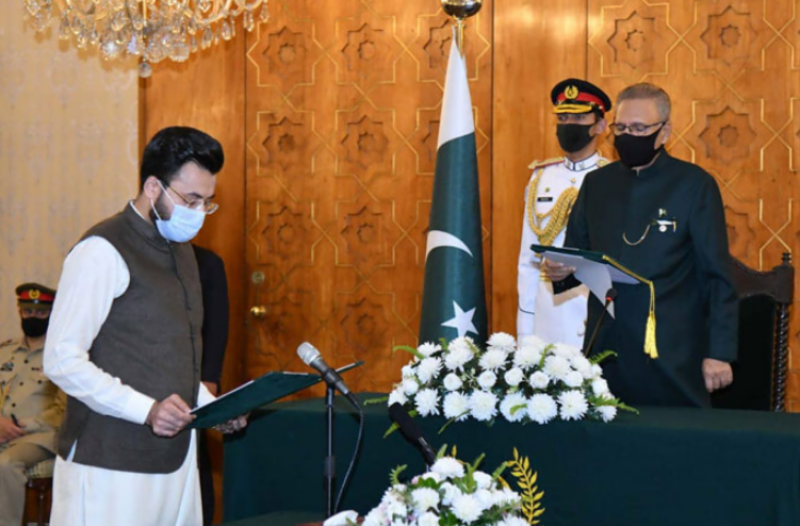 President Dr Arif Alvi administered him the oath at a ceremony at Aiwan-e-Sadr on Thursday.

The event was attended by Federal Minister for Information and Broadcasting Chaudhry Fawad Hussain and other parliamentarians.

On Wednesday, Federal Minister for Information and Broadcasting Fawad Chaudhry, in a tweet, announced PTI lawmaker will take oath of his office on Thursday (today).

Farrukh Habib was elected as a Member of the National Assembly (MNA) from Faisalabad’s NA-108 constituency in the 2018 elections.

Before his new assignment, he was serving as Federal Parliamentary secretary for Railways.