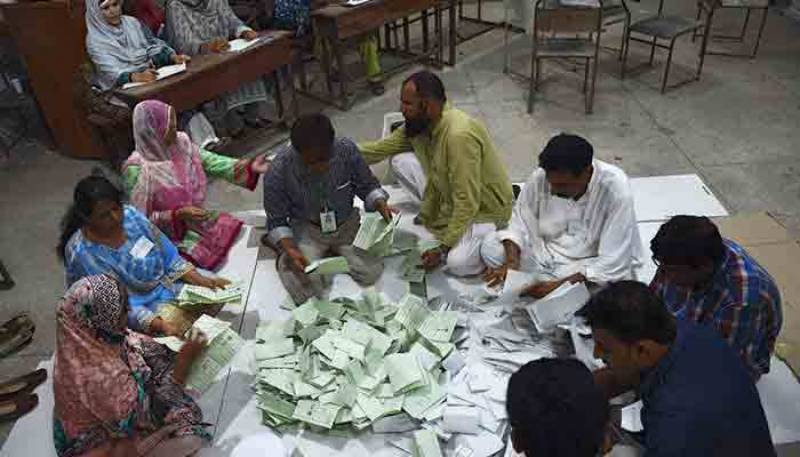 Karachi (Web Desk): The polling time for the by-elections in National Assembly constituency NA-249 Karachi West-II has concluded and counting of votes is underway.

The polling started at 8am and concluded at 5pm without any break.

276 polling stations comprising 796 polling booths have been established in the constituency.

The ECP has asked the presiding officers (POs) to send pictures of Form-45 in the presence of polling agents of the contesting candidates to the returning officers. It directed them to keep the location of their smartphones on while taking the picture.

The commission has also directed the POs not to wait for submission of the results if the network is down, and pointed out that in such a case they should immediately reach the returning officer’s office and submit the polling record.

A tough contest is expected among the candidates of major political parties contesting the by-election.

Vawda had defeated PML-N’s Shehbaz Sharif during the 2018 General Election.

To ensure a large voter turnout, the Sindh government declared a public holiday on Thursday, (April 29) for NA-249 constituents.