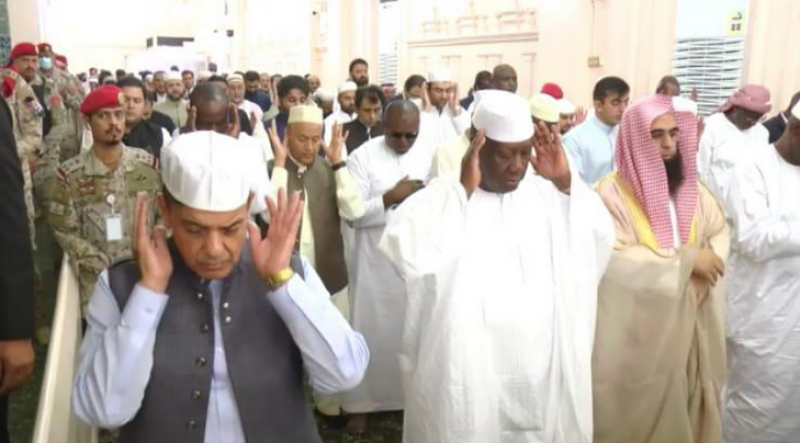 Madina (Web Desk): Prime Minister Shehbaz Sharif offered the prayers of Jumma-tul-Wida, (the last Friday of Ramazan), at the Masjid-e-Nabvi on the second day of his visit.

The premier prayed for the peace and prosperity of the country.

The members of the prime minister’s delegation also offered the prayers.

Earlier, the prime minister twice visited Roza-e-Rasool (PBUH) to pay his respects and also offer Nawafil at the holy place.

On Thursday, Prime Minister Shehbaz Sharif along with his delegation arrived in Saudi Arabia on a three-day official visit at the invitation of Saudi Crown Prince Mohammad bin Salman bin Abdulaziz.

During the visit, the prime minister will have bilateral interaction with the Saudi leadership, with a particular focus on advancing economic, trade, and investment ties and creating greater opportunities for the Pakistani workforce in Saudi Arabia.

The two sides will also exchange views on a range of regional and international issues of mutual interest.