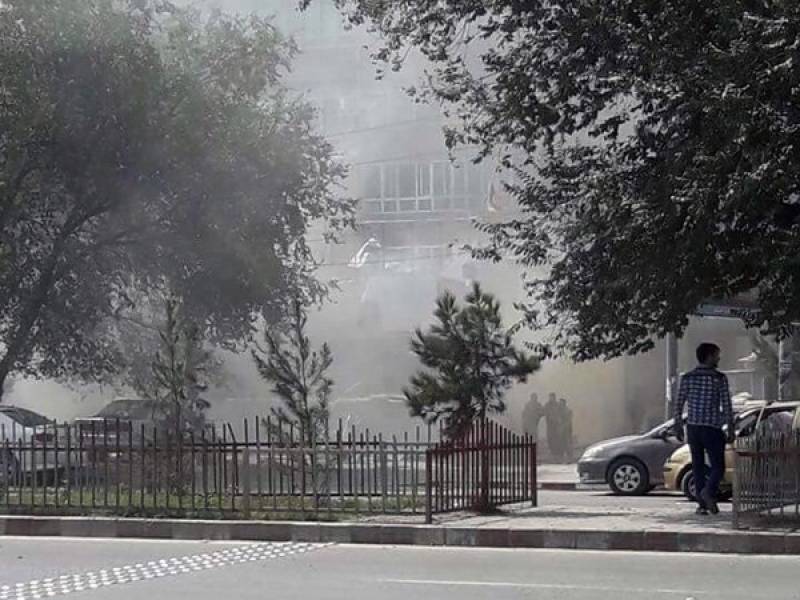 Kabul (Agencies): An explosion hit a bank in an area of the Afghan capital Kabul on Tuesday close to the heavily protected US embassy compound, leaving at least four people dead, officials said.

The blast occurred around 10:00 am (0530 GMT) on a street lined with banks and shops leading to Massoud Square near the United States embassy, close to Kabul’s diplomatic area.

The public health ministry said four persons had been killed and eight wounded.

There was no immediate claim of responsibility for the blast, which came as banks are busy with people withdrawing money ahead of the Muslim Eid holiday at the end of the week.