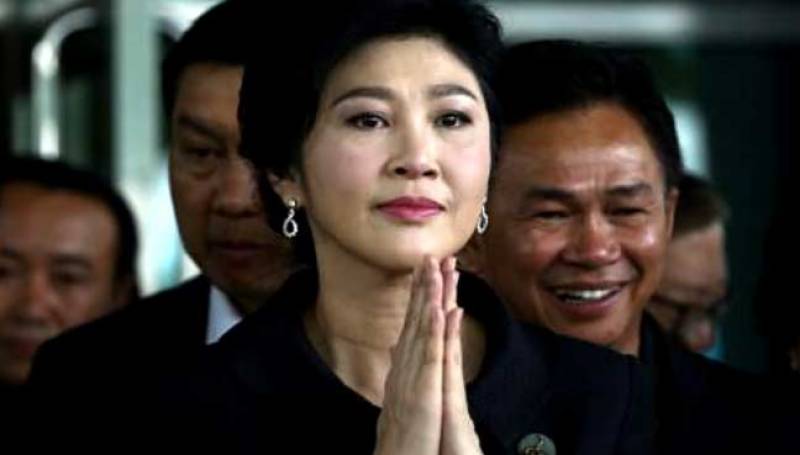 Bangkok (Reuters): Thailand has no immediate plan to revoke the passports of former prime minister Yingluck Shinawatra, the foreign minister said on Tuesday, after she fled the country last week ahead of a court ruling in a negligence case.

She skipped Friday’s hearing, stunning thousands of supporters gathered at the Supreme Court, with senior party members having said she fled to Dubai.

Yingluck holds two Thai passports, one regular and another diplomatic, and is also thought to hold a third, foreign one.

“The issue has not reached the foreign ministry yet,” foreign minister Don Pramudwinai told reporters when asked if the ministry would revoke Yingluck’s passports.

“This foreign minister is not yet handling this.”

A foreign ministry spokesman said he could not confirm whether Yingluck held a foreign passport.

Her brother Thaksin holds a Montenegrin passport. He was ousted in a 2006 coup and fled Thailand to avoid a 2008 jail term for graft related to a land case he called politically motivated.

He has a home in Dubai but travels frequently, particularly to Singapore and Hong Kong, to meet his three children and grandchildren, members of the Shinawatra family have said in social media posts.

Yingluck was forced to step down days before a May 2014 coup, after a court found her guilty of abuse of power. She faces up to 10 years in prison if found guilty of mismanaging a rice scheme that was a flagship policy of her administration.

The plan bought rice from farmers at above-market prices and was popular with rice farmers in the north and northeast, regions that have historically supported the Shinawatras.

The scheme built up rice stocks of as much as 18 million tonnes, caused Thailand to lose its crown as the world's top rice exporter and led to losses of $8 billion, the ruling military government says.

Aides say Yingluck, who pleaded innocent to the negligence charge, left Thailand after receiving information that she would be given a heavy sentence.

The Supreme Court will now rule in the case on September 27.