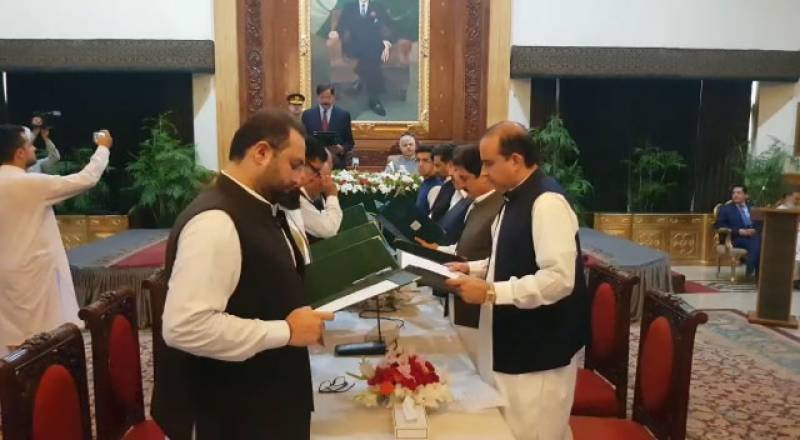 Peshawar: (Staff Report): The eleven-member cabinet of Khyber Pakhtunkhwa was sworn in on Wednesday.

Acting governor Mushtaq Ghani administered the oath to the ministers at a ceremony at the Governor’s House. KP Chief Minister Mehmood Khan and other prominent personalities attended the ceremony. One of the advisor's Shah Mohammad did not take oath.

The ministers and their portfolios are:

Khyber Pakhtunkhwa governor-designate Shah Farman would take the oath of his office after the presidential elections, scheduled on September 4.

Shah Farman was also elected as member of the provincial assembly, however, in a bid to not waste the vote, PTI decided to delay the swearing-in ceremony as he has to resign from KP Assembly.