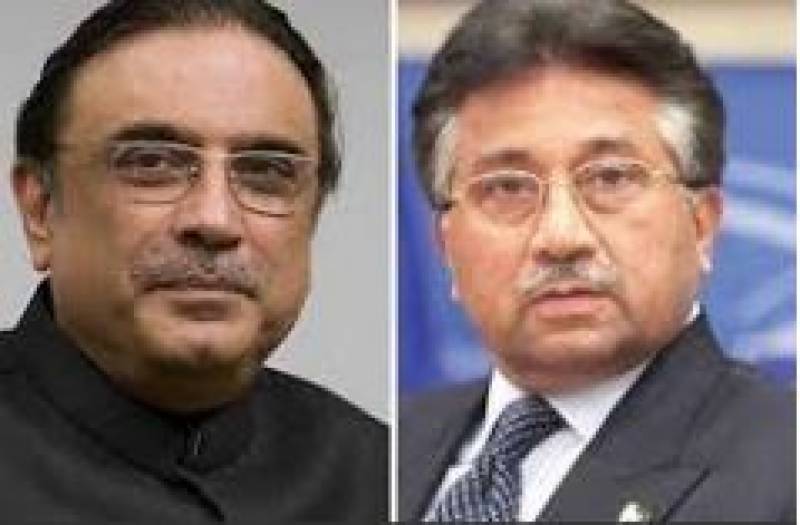 As the hearing went under way, the bench sought details of assets owned by Musharraf in Pakistan.

Musharraf’s counsel argued that nothing had been hidden from the court in response to the bench query about the former military dictator’s asset details.

In response, the CJP observed that Musharraf will not be allowed to hide any relevant information, saying the former president should also submit asset details of his wife within 10 days.

Upon this, Musharraf’s counsel replied that his client has 92,000 Dirhams in one bank account and he owns three cars, including a Jeep and a Mercedes.

In reference to whether the former president could purchase a flat from his salary during his working days, the top judge told the counsel to convey his client, appear before the court and clarify.

The CJP also wondered whether lecturers get paid too much?

‘May be I should also give lectures after retirement,’ the CJP then remarked.

Moreover, the bench expressed a lack of satisfaction with the affidavit previously submitted by Asif Ali Zardari. The affidavit detailed Zardari’s asset details since 2007, stating he does not own any property abroad nor holds any bank account outside the country.

Zardari’s counsel Farooq Naik informed the court that Zardari served a nine-year sentence and nothing was proven against him.

“Did Zardari have an account in Switzerland? Or was the account in former prime minister Benazir Bhutto or their children’s names?” inquired the CJP in response.

Naik was also asked whether Zardari had formed a trust.

Both the former presidents were then directed to submit an affidavit detailing a 10-year record of their assets and bank accounts within 15 days.