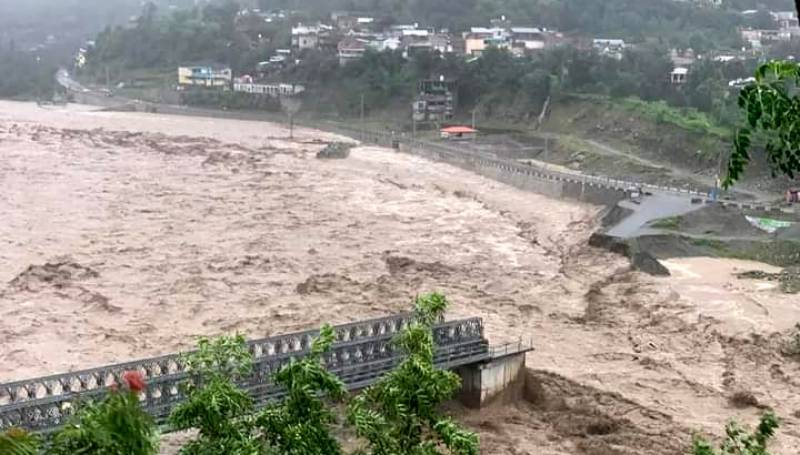 Islamabad (Web Desk): The death toll from torrential monsoon rains and floods since the onset of the rainy season across the country has reached 1033.

According to details, the NDMA issued a 24-hour situation report that accounted overall life, property, and infrastructure losses caused by the heavy rains lashing out various parts of the country.

As per the (NDMA, 1527 individuals were also injured in various rains and flood-related incidents.

Overall, more than 3,451 kilometers roads, 149 bridges, 170 shops, and 949,858 houses were damaged due to the heavy rains in various districts of all the provinces, including Gilgit Baltistan (GB) and Azad Jammu and Kashmir (AJK).

The rains also caused losses of more than 719,000 livestock animals.