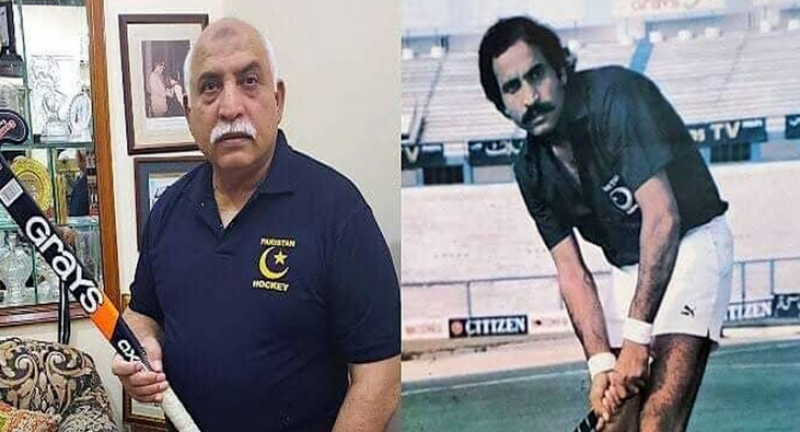 Lahore (Web Desk): Olympian Manzoor Hussain, known as Manzoor Junior, passed away here at a private hospital after cardiac arrest on Monday. He was 64.

Born on October 28, 1958 in Sialkot, Pakistan, Manoor was one of the finest players of the game it has ever seen. He first made his presence felt with Pakistan junior team and later became an integral part of Pakistan’s most fearsome forward line in the late 70s and early 80s.

Manzoor Junior played in a forward position as a striker between 1975 and 1984 and was capped 175 times with 86 goals to his credit.

Manzoor Junior, known as The Golden Boy, was given the President’s Award for Price of Performance and was the player who won the highest number of gold medals for Pakistan.

He was also part of the Pakistan team that won the Bronze Medal in the 1976 Olympics in Montreal.

Manzoor Junior was the Captain of the Pakistan team that won the Gold Medal at the 1984 Olympics in Los Angeles.

The legendary Olympian was known for his exceptional stick work and one of his remarkable displays was in the 1982 World Cup final where he scored a goal by dodging six German defenders.

In a tweet, Director General Inter-Services Public Relations (ISPR) said that the COAS General Bajwa prayed Almighty Allah to bless the departed soul and give strength to the bereaved family to bear this irreparable loss.

General Qamar Javed Bajwa, COAS is deeply grieved on the sad demise of hockey legend and a personal friend Olympian Manzoor Hussain, Junior. “May Allah bless his soul & give strength to the bereaved family to bear this irreparable loss, Ameen.” COAS.