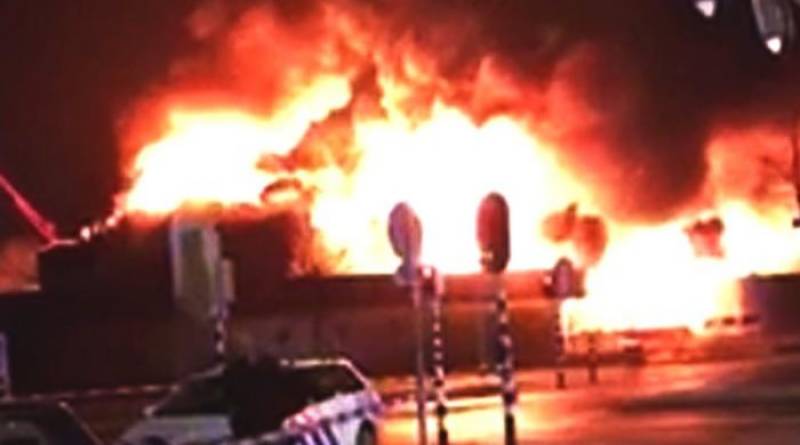 Fire crews and police are desperately trying to extinguish the blaze, which has engulfed the entire building.

According to police, fire appears to have been started deliberately by an arsonist attack and it has spread across two buildings, which were stocked with heat-resistant mineral asbestos.

Association of Islamic Communities had bought the building to turn it into a mosque. Earlier the building was used for swimming.

Although it is not clear if the building served entirely as Islamic centre- but it did have a prayer room on the backside. It was not clear whether there was anyone inside the room when the building was torched.

No arrests have been made yet, nor any injuries reported.