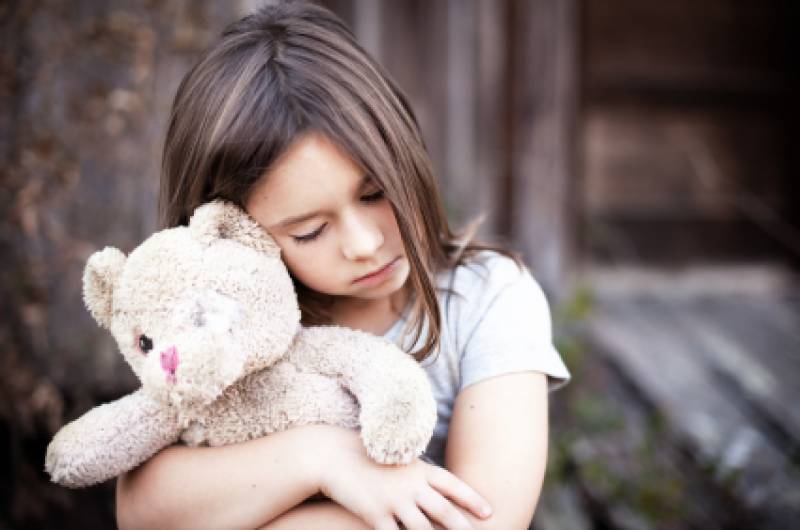 Beijing (Reuters): Canadian Dai Xiaolei last saw her son in 2014 when he was 17 months old and living with her Chinese in-laws outside the capital Beijing.

Her marriage was crumbling and as relations with her husband's family worsened, they blocked her from entering the house and taking him back to her home in Beijing, she said.

"The last time I saw my son was at the end of this alley. It's almost like a fortress," Dai, 37, said outside the home of her former in-laws in Baoding, 156 km from Beijing.

Dai said the family has prevented her in all subsequent attempts to see her son. Reuters was unable to independently verify her account.

Her husband, Liu Jie, filed for divorce, arguing that their marriage had fallen apart due to "conflicts in character, ideas and living habits," according to the court ruling seen by Reuters.

Dai pushed for custody, but in April a judge dissolved the marriage and ruled that it was best for the boy's "healthy physical and mental growth" to be raised by his father, the court ruling said.

Liu Jie, a movie stunt coordinator, and his family declined to comment when contacted by Reuters.

As China's divorce rates rise, so too have calls by lawyers for an application of a new domestic violence law that would clamp down on aggressive tactics used by some parents to take and retain possession of children to gain the upper hand in custody battles.

Lawyers say judges tend to favour the parent who has physical possession of the child, creating an incentive for a father or mother to take their child to gain an advantage in court.

Dai appealed the April ruling to get custody of her son and lost. In its rejection of the appeal issued on November 30, the court said the child's living environment was relatively stable and any change to this would not be beneficial to his upbringing.

There are currently no laws against one parent taking sole possession of a child against the wishes of the other parent, lawyers say, reflecting a traditional view that conflicts between family members are considered private matters.

Since Dai's case has appeared in Chinese media, she said women with similar experiences have contacted her to share their stories and seek advice.

In an interview with Reuters in September, another woman, Maggie Chen, said she was at home with her young son in February when a group of men broke into her apartment and took away her child.

"He kept crying and calling 'Mommy', but they didn't pay any attention at all and just took him away," Chen said at her home in the port city of Wenzhou.

She reported the incident to the police, accusing her husband of organizing the raid two weeks before the couple went to divorce court, according to Chen's complaint seen by Reuters.

Chen said her husband was questioned by police when he appeared at the divorce hearing in March and was allowed to go. Chen said she has not seen her son or husband since then.

Reuters was unable to contact her husband or his lawyer, and could not independently verify Chen's account of these events.

Chen said police told her in October the case had been closed. "The criminal facts of the case seem trivial and do not require investigation into criminal responsibility," said the police report seen by Reuters. Police declined to comment on the case when contacted by Reuters.

The Supreme People's Court, China' highest court, declined to comment on specific cases when contacted by Reuters, but it said "maximising benefit to the child is the basic principle by which custody decisions are made."

China's divorce rate since 2002 has more than tripled to 2.8 per 1,000 people last year, according to the Ministry of Civil Affairs. This is higher than the most recent official estimates for the European Union at 2.1 divorces per 1,000 people in 2011 and catching up to the United States at 3.2 in 2014 as increasingly individualistic aspirations compete with traditional notions of marriage.

While official data is not publicly available, Yan Jun, a judge in Beijing's Haidian court, estimates that children are taken from spouses in 60 percent of cases where both parents are seeking custody.

"The data tells us that divorce cases where husbands and wives snatch children from each other are by no means in the minority," Yan wrote in an article posted on the court's website in March.

Under Chinese law, parents are rarely granted joint legal custody, as is the case in some countries where both parents share the responsibility of raising the child after a divorce.

Instead judges give one parent "direct custody", often preferring to maintain the status quo living arrangement for a child between two- and ten-years-old, some lawyers say.

A lawyer at a Beijing family law firm, who declined to be identified, said child snatching often takes place before divorce proceedings commence, by which point the parent can argue the child has a stable living environment with them.

Under these laws, beatings, frequent verbal abuse, and threatening behavior are considered forms of domestic violence. Some family law lawyers argue that preventing a child from seeing their parent is restricting the child's physical liberty, while preventing a parent from seeing her child could be considered a form of psychological abuse.

Noor tangled into another divorce case